January 14, 2019 By Benjamin Morgan
Share on FacebookShare on Twitter
SAIL RACING TEAM AOPA AUSTRALIA #BECOMEAPILOT
Over the past 75 years, the Rolex Sydney Hobart Yacht Race has become an icon of Australia’s summer sport, ranking in public interest with such national events as the Melbourne...

Over the past 75 years, the Rolex Sydney Hobart Yacht Race has become an icon of Australia’s summer sport, ranking in public interest with such national events as the Melbourne Cup, the Australian Open tennis and the Boxing Day cricket test. No regular annual yachting event in the world attracts such huge media coverage than does the start on Sydney Harbour.

From the spectacular start in Sydney Harbour, the fleet sails out into the Tasman Sea, down the south-east coast of mainland Australia, across Bass Strait (which divides the mainland from the island State of Tasmania), then down the east coast of Tasmania.  At Tasman Island the fleet turns right into Storm Bay for the final sail up the Derwent River to the historic port city of Hobart.

People who sail the race often say the first and last days are the most exciting. The race start on Sydney Harbour attracts hundreds of spectator craft and hundreds of thousands of people lining the shore as helicopters buzz above the fleet, filming for TV around the world. 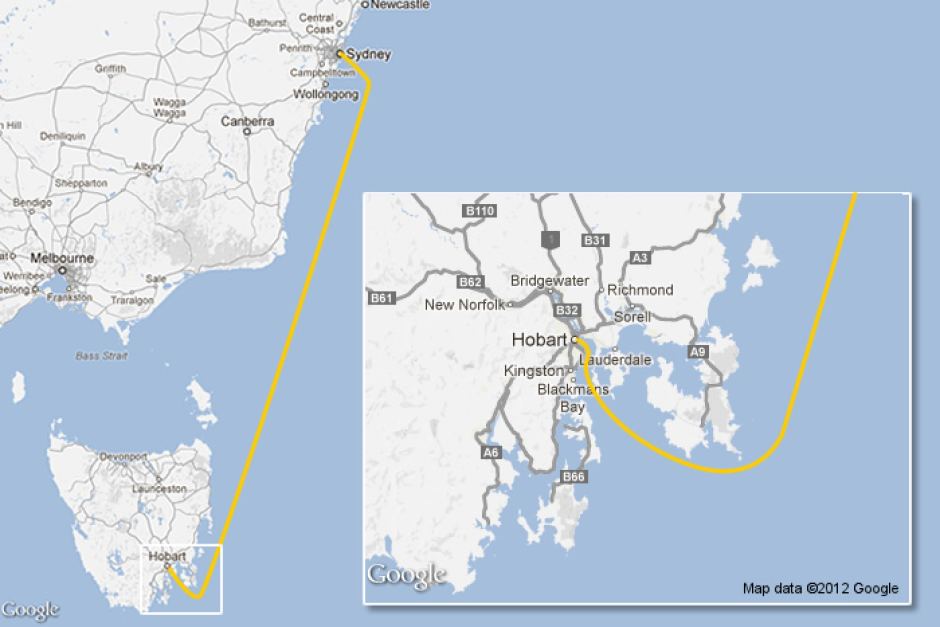 The final day at sea is exciting with crews fighting to beat their rivals but also looking forward to the traditional Hobart welcome, and having a drink to relax and celebrate their experience.

Between the first and last days the fleet sails past some of the most beautiful landscape and sea scapes found anywhere in the world.

The New South Wales coast is a mixture of sparkling beaches, coastal townships and small fishing villages, although for most of the race south the yachts can be anywhere between the coastline and 40 miles offshore.

During the race, many boats are within sight of each other and crews listen closely to the information from the twice-daily radio position schedules (“skeds” as they are called). In more recent years, crews have been able to pin point the entire fleet’s whereabouts and follow each boat’s progress against their own using on board computers and Yacht Tracker on the official race website.

Bass Strait (nicknamed the ‘paddock) has a dangerous personality. It can be dead calm or spectacularly grand. The water is relatively shallow and the winds can be strong, these two elements often coming to create a steep and difficult sea for yachts.

The third leg after the ‘paddock’ – down the east coast of Tasmania takes the fleet past coastal holiday resorts and fishing ports with towering mountains in the background. Approaching Tasman Island, the coastline comprises massive cliffs, sometimes shrouded in fog.

The winds are often fickle and can vary in strength and direction within a few miles. Sailing becomes very tactical.

After turning right at Tasman Island, sailors often think the race is near completed, but at this point there is still 40 miles of often hard sailing to go. Yachts can be left behind in the maze of currents and wind frustrations.

Even when they round the Iron Pot, a tiny island that was once a whaling station, there is still a further 11 miles up the broad reaches of the Derwent River to the finish line off Hobart’s historic Battery Point, with Mount Wellington towering over the city. 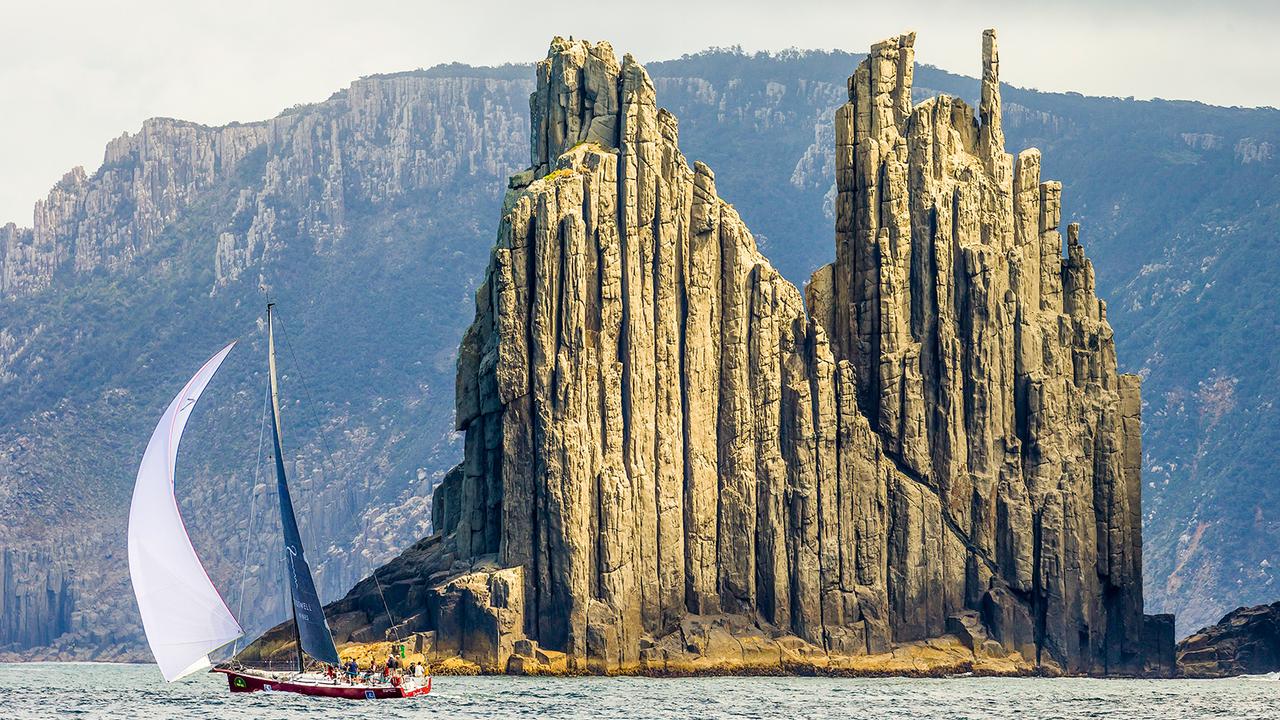 No matter the time of day or night, the first yacht to finish receives an escort of official, spectator and media boats as it sails towards the finish line.

Hundreds of people crowd the foreshores of Sullivans Cove to cheer the yachts and their crews while volunteers from the finishing club, the Royal Yacht Club of Tasmania, meet the weary crews with open arms and famous Tasmanian hospitality, and escort them to their berth in the Kings Pier marina.

It’s an event that Tasmanians love to host in the middle of Hobart’s Taste of Tasmania Festival.

Then it’s time to celebrate or commiserate, swap yarns about the race with other crews over a few beers in Hobart’s famous waterfront pubs such as the Customs House Hotel or the Rolex Sydney Hobart Dockside Bar. 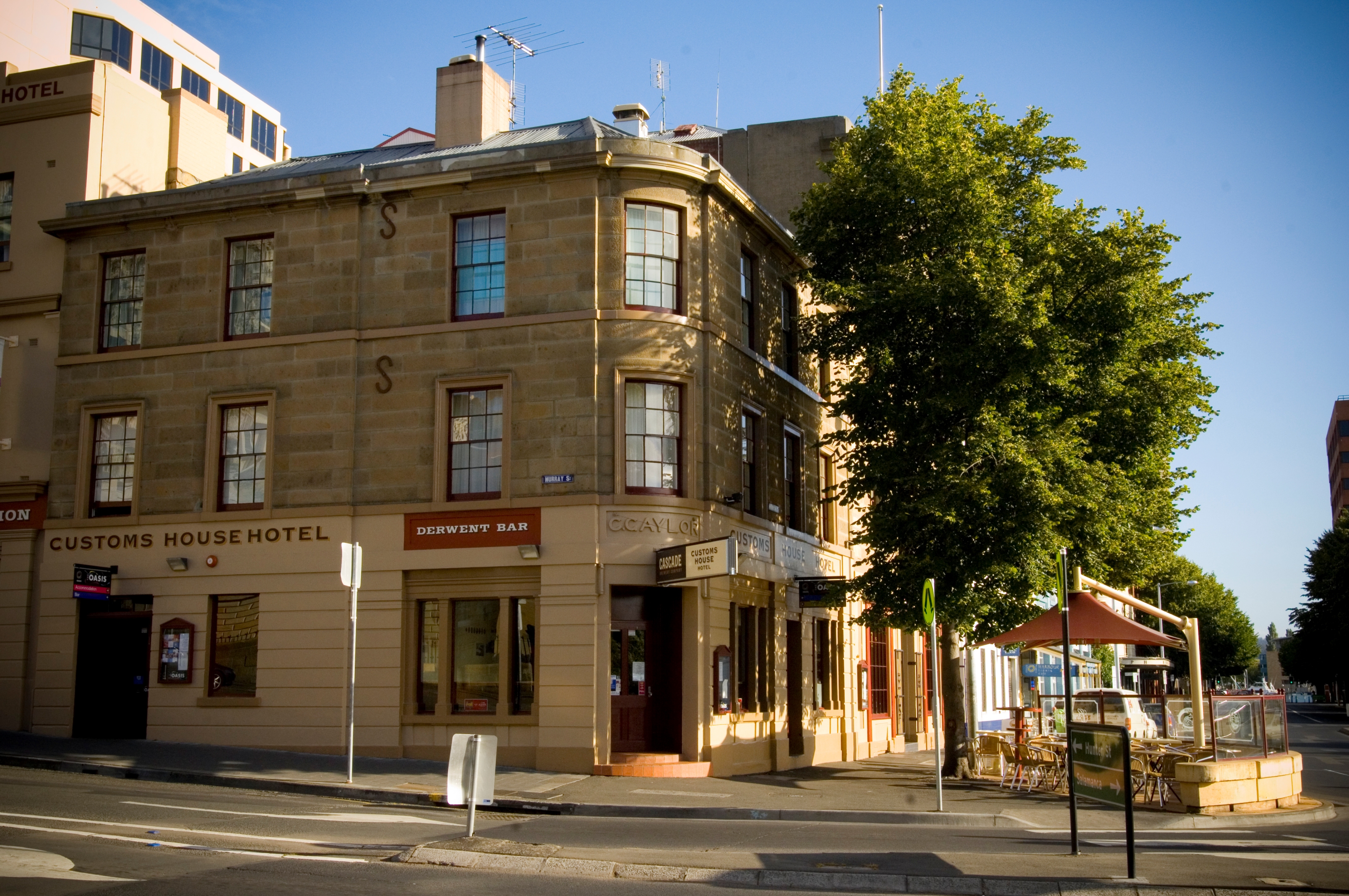