Profits ahead of Safety? Wollongong Airport at Risk from Energy Australia Exhaust Stack

HomeAdvocacyAirportsProfits ahead of Safety? Wollongong Airport at Risk from Energy Australia Exhaust Stack

Profits ahead of Safety? Wollongong Airport at Risk from Energy Australia Exhaust Stack

May 22, 2019 By Benjamin Morgan
Share on FacebookShare on Twitter
AOPA Australia Executive Director Benjamin Morgan reports.
The Aircraft Owners and Pilots Association of Australia will attend the next NSW RAPAC meeting on Tuesday, 28th May 2019, to put forward it’s opposition to the proposed Energy Australia...

The Aircraft Owners and Pilots Association of Australia will attend the next NSW RAPAC meeting on Tuesday, 28th May 2019, to put forward it’s opposition to the proposed Energy Australia Tallawarra B Open Cycle Gas Turbine (OCGT) and associated exhaust stack, which if approved will be erected just 2.57nm NNE of the Wollongong Illawarra Regional Airport (YWOL) emitting a high-temperature gas plume that will breach the OLS and impact circuit operations.

A background investigation by AOPA Australia has found that Energy Australia has an alternate engineering solution that would satisfactorily mitigate the risk to aviation safety, yet has resolved to install a cheaper and faster to build Open Cycle Gas Turbine (OCGT), rather than a more environmentally friendly Closed Cycle Gas Turbine (CCGT), which would capture the 5420C exhaust plume and convert the energy into electricity.

The proposed OCGT and exhaust plume has been assessed by CASA and Airservices Australia to negatively impact the safety of circuit operations at YWOL when using RWY 16/34, which require operations to the east of the airport to avoid rising terrain on the west and south side, creating a situation where aircraft will be required fly through the gas plume during the crosswind leg or downwind turn (RWY 34), or during the downwind leg or base turn (RWY 16), exposing pilots to a gas plume with turbulence.  The proposal will also negatively impact the RNAV-Z (GNSS) RWY16, requiring the published minima to be raised to accommodate the OCGT facility.

AOPA Australia is greatly concerned with the gas plume turbulence modelling used to support the proposal, worried that it has not adequately taken into account the increasing utilisation of light sport and recreational aircraft types at YWOL that are more significantly affected by light and moderate turbulence that can result in loss of control.

Just two years after the Essendon Airport tragedy, it appears that history is about to repeat itself, with clearly incompatible development being prioritised ahead of the safety of the aviation community.  Profits ahead of aviation safety – or just plain stupidity? 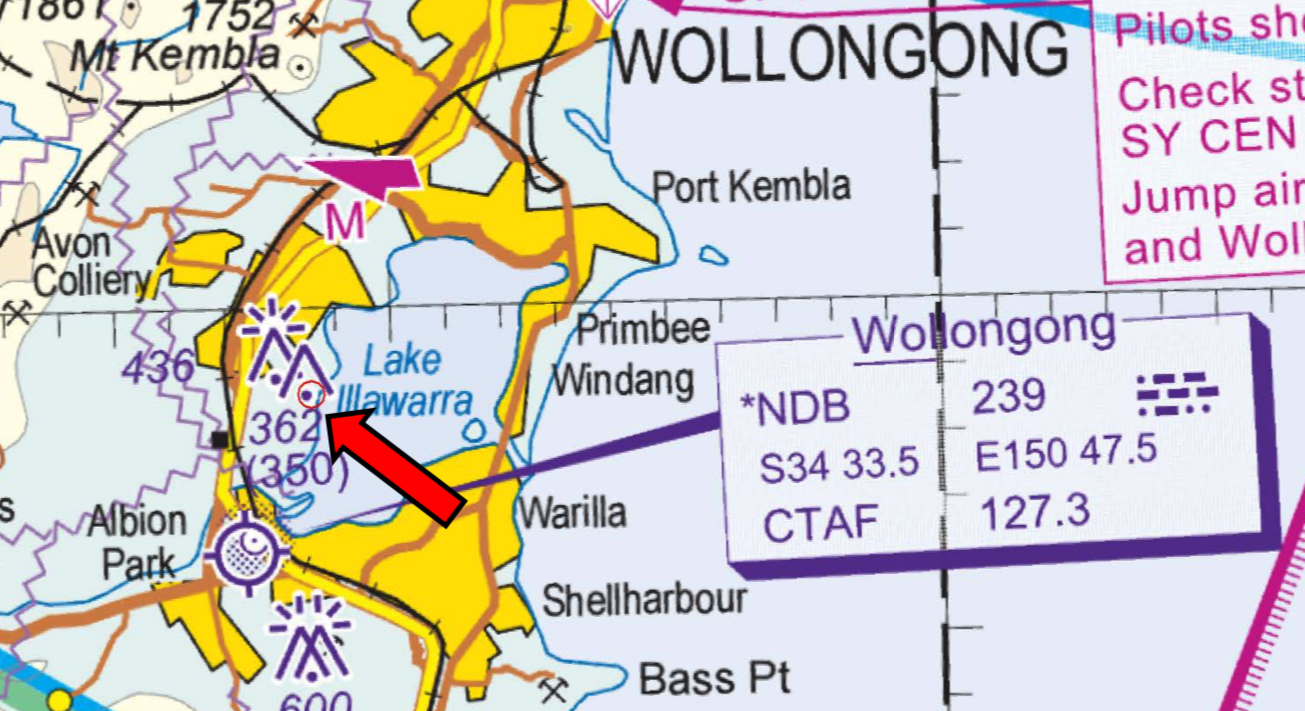 WE NEED YOUR HELP

AOPA Australia members are invited to download our letter of support, sign, scan
and return by email to: mail@aopa.com.au.   All letters of support must be received no later than 10am, Tuesday 28th May 2019. 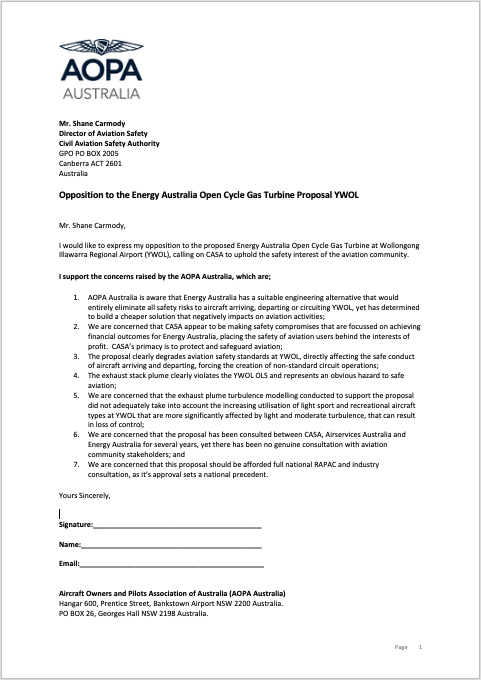