May 17, 2017 By Benjamin Morgan
Share on FacebookShare on Twitter
NOTICE OF ANNUAL GENERAL MEETING Notice is hereby given that the 2017 Annual General Meeting (AGM) of the Aircraft Owners and Pilots Association of Australia ACN 004 274 588, which...

Notice is hereby given that the 2017 Annual General Meeting (AGM) of the Aircraft Owners and Pilots Association of Australia ACN 004 274 588, which will be held;

*Please note that only motions relating to matters listed on this Notice of Meeting may be considered at this meeting.

*Members are reminded that they are entitled to appoint a proxy or proxies.  Forms are available from the office.  All proxies must be received at the AOPA Australia office not less than 48 hours prior to the AGM, that is by 11am, Thursday 25th May 2017. 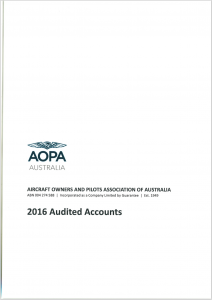 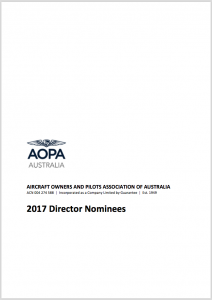 You can download the relevant Annual General Meeting documents below by clicking on the thumbnail image or the link to the right hand side. 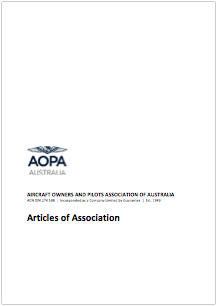 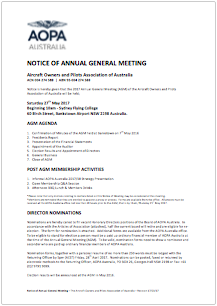 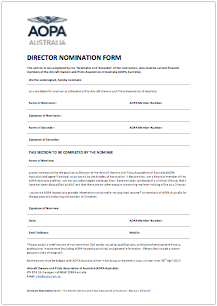 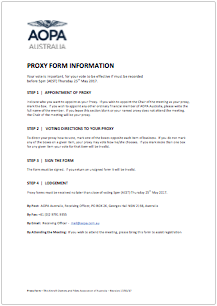