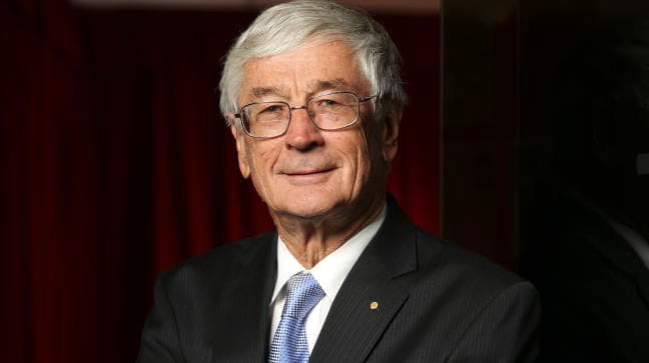 Deputy Prime Minister Michael McCormack will be forced to fight to retain his seat at the upcoming May election as businessmen Dick Smith vows to bankroll an independent challenger and the Shooters, Fishers and Farmers Party confirms a plan to dislodge the Nationals leader from his NSW electorate of Riverina.

As the Nationals reel from the loss of the NSW seats of Barwon and Murray to the Shooters at the weekend’s state election, the party was also facing defeat by Labor in the seat of Lismore, intensifying concerns that Mr McCormack will face an uphill battle to defend the party’s 16 lower house seats at the federal election in May.

The plight of the minor Coalition partner in NSW is set to worsen at a federal level with Nationals sources confirming the party will not run a separate Senate ticket from the Liberals at the May election.

NSW Nationals Senate candidate Perin Davey will run third on a joint ticket, with a deal expected to be signed off within a fortnight.

“I was contacted by some grassroots country people from his seat because they agree that he’s probably the worst National Party leader they’ve ever had,” Mr Smith told The Australian.

“What we are looking at is seeing if we can get an establishment farming family in the electorate to nominate one of their family members to stand. I would certainly help this person … And I would think there’s a fair chance they would get in.”

Mr Smith is spending $12,000 a month on billboards in Mr McCormack’s electorate as part of a push to overhaul the Civil Aviation Act to ensure the maintenance of “an efficient and sustainable Australian aviation industry”.

Mr McCormack told The Australian that working for his constituents was a “great privilege”, saying he had delivered a rural medical school, funding for local roads, tax cuts for small businesses and almost $7 billion in support for local farming families.

“I am pleased to have worked with the general aviation sector — including through a forum at Wagga Wagga — to introduce a bill … to amend the Civil Aviation Act to take cost into account while prioritising safety for the travelling public,” he said. “I am also pleased this bill has bipartisan support and is before the parliament.”

Mr Smith has previously accused Mr McCormack of killing off a plan to rewrite laws to require CASA to balance the “highest level of safety in air navigation” with the need for “an efficient and sustainable Australian aviation industry”.

The Australian has also confirmed the SFF state executive is meeting today and will discuss preliminary plans to run candidates in the seat of Calare — held by Nationals MP Andrew Gee — as well as Mr McCormack’s electorate, with expectations that other candidates will run in Victoria, Western Australia, Queensland and Tasmania.