HomeAOPA PILOT AustraliaNews Round Up

March 22, 2019 By Kreisha Ballantyne
Share on FacebookShare on Twitter
PAUL SOUTHWICK OFFERS A ROUND UP OF AVIATION NEWS - MARCH
THE VISUAL FLIGHT RULES (VFR) GUIDE IS NOW AVAILABLE ON LINE For years the hard copy VFR Guide, produced by CASA, has been a great training and refresher guide for... 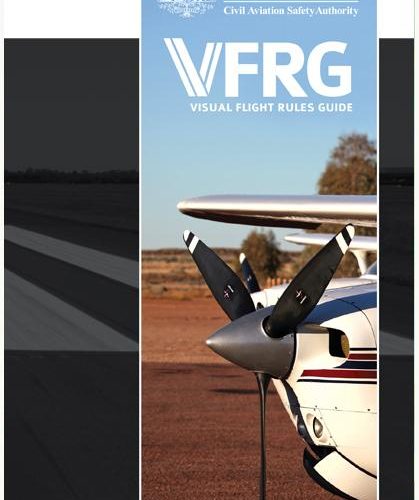 For years the hard copy VFR Guide, produced by CASA, has been a great training and refresher guide for pilots.

The good news is that a colour, fully searchable version of the guide is now available online.

Readers can find it here:

Readers may be surprised at just how many reported bird strikes there are in Australia, let alone unreported ones.

Despite the frequency of bird strikes they rarely result in aircraft damage or injuries. Nevertheless, the statistics are a reminder to pilots to be ever vigilant.

In out “Flying with the Gods” article in this edition we give one tip for avoiding animals on the runway.

Aviation historians will recall how the de Haviland Comet’s accidents and temporary withdrawal from service gave the Boeing and the Americans with their 707 a jump on the passenger jet market that the British never caught up.

The ghosts of those Comet crashes returned in 2019 with two fatal crashes of the Boeing 737 Max that claimed more than 300 lives?

The Federal Aviation Administration (FAA) strangely failed to ground the aircraft until every other major country had done so.

It was President Donald Trump who announced the grounding. This was said to have damaged the FAA’s reputation and led to accusations of commercial impact being rated ahead of passenger lives.

Irrespective of the real reason for the delay the crashes have been a public relations disaster for Boeing, that has such a great reputation for making great, safe aircraft.

The travelling public, including Australians, because Virgin Australia has placed orders for the 737 Max, will hope for a speedy remedy of any issues with the aircraft and a quick return to service.

With the capital of its new Chinese owners going to good use Diamond Aircraft is seeking more than 200 new employees in Austria and Canada to double production.

Liqun Zhang, CEO Diamond Aircraft Austria: “We do not see the take-over of Diamond just as an investment opportunity. We are here for the long-term and want to grow Diamond on its existing sites. Diamond’s headquarters in Wiener Neustadt have been appointed as the global lead and technology centre and will be strongly developed further over the coming years. We are ramping up production from 90 units, close to almost 200 units per year, more than double the volume. In 2018 we have already added more than 100 employees in Austria and we are hiring more people from the local area that are interested in a fascinating position at one of the leading GA manufacturers in its class. We are planning to increase our staff capacity from more than 600 to 800 for 2019 due to high production increase. Especially for our aircraft manufacturing we are urgently searching staff. We also have lots of job opportunities in Research & Development, Sales, and Administration.”

Perhaps of most interest to AOPA Australia readers will be the statement by Diamond that they will make a major announcement about the “Cirrus killer” DA50 at AERO Friedrichshafen (10 to 13 April 2019).

Manufacturers of the most mobbed aircraft at Oshkosh 2018, the ICON A5 (See our review in the October – November 2018 edition of AOPA PILOT AUSTRALIA) have just passed two major miles stones.

First, they have just put 1,000 hours flight time on their first aircraft. And second ICON has just bonded their 100th aircraft at ICON Tijuana. Next stop for that hull will be ICON Vacaville, CA for final assembly

Both these items are great news for ICON that suffered bad press after a couple of high-profile crashes and significant price rises. Despite these events, the pieces of positive news will please their backers.

Consistent with other airlines, Qantas has cancelled an order for eight Airbus A380s. Instead of taking new planes Qantas will upgrade the 12 A380s it currently operates.

Airbus announced in January that it will end production of the A380 which has never made a profit for the company, and never will. Similarly, airlines have struggled to make money from the large, highly European subsidised four-engine jet.

The A380 has a list price of nearly half a billion dollars and can carry 544 passengers. It was introduced in 2007 and will be missed by passengers who enjoyed its roomy, quiet cabins over two levels.

Bombardier’s new Global 7500 has made the world’s longest flight by a purpose-built business jet. The aircraft logged 8,152 nm after taking off from Singapore on 4 March 2019 and landing in Tucson, Arizona, setting a speed record for this sector in the process.

The aircraft landed with 4,300 pounds of fuel well within NBAA requirements with nearly 90 minutes spare.

Entering service in December the 7,500 is designed for long intercontinental flights. It boasts the industry’s largest business jet cabin and a maximum speed of Mach 0.925.

“The Global 7500 was built to break all the records,” commented Bombardier Business Aircraft president David Coleal. “It achieved the industry’s longest mission ever in business aviation after only two months in service. We’ve demonstrated its unequalled long-range and high-speed capabilities, but also its ability to break records confidently with healthy fuel reserves remaining, once again, confirming its unsurpassed performance to customers.”