August 27, 2019 By Benjamin Morgan
Share on FacebookShare on Twitter
AOPA Australia Executive Director Benjamin Morgan reports.
This past week AOPA Australia has been inundated with requests from members to help provide support and awareness of a major legal battle between Australian Pilot Training Alliance founder and... 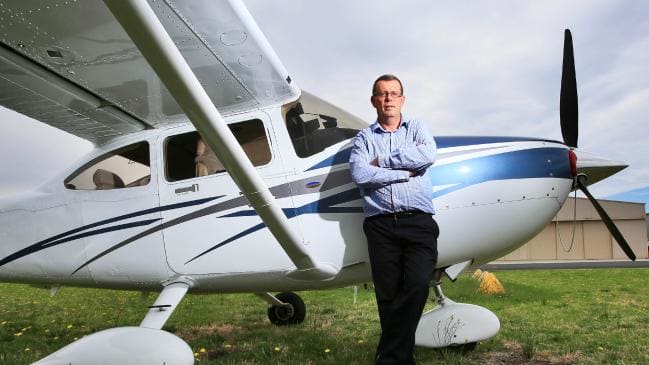 This past week AOPA Australia has been inundated with requests from members to help provide support and awareness of a major legal battle between Australian Pilot Training Alliance founder and AOPA Australia member Mr Glen Buckley and the Civil Aviation Safety Authority.

A community ‘Go Fund Me’ page has been setup to help Glen fundraise for his court battle, which on a preliminary review stands to become a major test case for the aviation industry.

I have included a copy of the Go Fund Me information below, along with a link to the community donations page, and encourage all of our members to consider making a donation to Glen’s cause.

Copy of the Go Fund Me information;

On the 23rd of October 2018, Glen Buckley, the owner of the Australian Pilot Training Alliance (APTA) was issued with a notice to cease all operations within 7 days by CASA. This unconscionable Administrative Action was never formally acted upon by CASA nor amplified by any supporting documentation.

CASA’s actions was not taken on any safety concerns, and after 7 months, CASA still has been unable to state any specific breaches, although they have tried repeatedly to fabricate unsupported innuendo and avoid acknowledging the simple truth that they made a grave error in judgement. It would be fair to say CASA has thrown everything imaginable in an endeavour to bring harm to Glen’s reputation, health, and his business activities. This has included false and deceptive verbal and written statements by CASA, the veracity of the CASA assertions are clearly unsupportable and need to be tested in a court of law.

Thereby being provided with an overview of the issues facing both Glen and APTA for the past 7 months. Despite the length of the document, it demonstrates the inexcusable actions taken by CASA against Glen and his business; clearly denying him and APTA a scintilla of natural justice.

As of June 7th 2019, no progress has been made, with CASA hibernating and it’s failure to resolve the dispute deplorable. The impact the CASA action has had on the business, and continues to have on it, is causing an escalating negative commercial effect; this has left Glen no choice but to sell a “core” part of his business in order for APTA to barely survive.

The purpose of this GoFundMe campaign is to assist Glen with his legal battle against the juggernaut CASA.  Its ongoing discrimination is reprehensible, a big Government Department grinding a Small Business Enterprise into oblivion! Glen, being the proud man that he is, would never ask for money from anyone, which is why we, his friends and colleagues, have banded together on his behalf to ask for your assistance.

CASA by its duplicity has financially ruined Glen and his family, causing the sale of his home and exhausting his savings; therefore any small or large donation to aid Glen’s legal battle against CASA would be incredible.

Many of you may know Glen, and you would therefore understand the kind, compassionate, and generous man that he is. But now he needs our collective help, consequently, any assistance would mean the world to him.

The “David vs Goliath” story comes to mind when thinking of this case, and the more people who rally behind Glen, the greater the chances that he can stand up for all the little guys in the aviation industry.

Thank you all for your time, and I am sure Glen would be most appreciative and grateful for any moral or kind financial support you are willing to offer!

Remember the old adage, “The only thing necessary for the triumph of evil is for good men to do nothing.”