Angel Flight and the Aircraft Owners and Pilots Association of Australia gave evidence before the Senate Regional Rural Affairs Transport Committee Inquiry into the Operation of the Australian Transport Safety Bureau, and in particular it’s report on the June 2017 crash of a flight conducted on behalf of Angel Flight Australia.

A full audio recording of the inquiry can be listen to below; 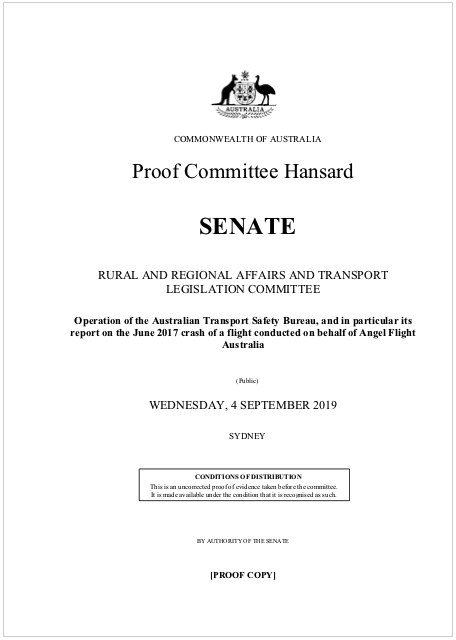