A Question of Integrity: TAAAF Throws ATSB & CASA a Lifeline

A Question of Integrity: TAAAF Throws ATSB & CASA a Lifeline 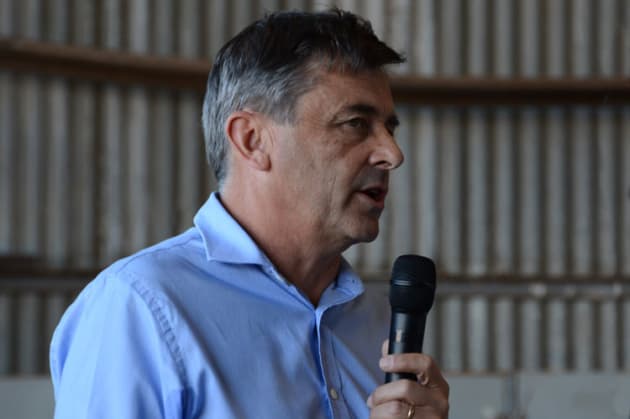 Former CASA Chairman, Corporate Air representative and current TAAAF Chair, Mr Jeff Boyd, has left the general aviation industry stunned, springing to the defense of the ATSB and CASA, in a strongly worded statement of full support, on behalf of the members of The Australian Aviation Associations Forum (TAAAF).

The letter, signed by Mr Jeff Boyd as Chair, stated; “… we believe that the report is thorough and accurate, and addresses serious concerns held by many people in the aviation indutry for some time… the TAAAF also supports the new minimum standards recently published by CASA for the conduct of Angel Flights.”

The TAAAF statement of support was submitted to the Senate RRAT Inquiry, which held its first hearing in Sydney on Wednesday 4th September 2019.

Angel Flight and AOPA Australia have maintained that the ATSB report produced defective findings that were underpinned by false outcomes which were derived from wildly inaccurate and manipulated statistics, calling for the report’s withdrawal.

During the inquiry, the ATSB admitted that it had not interviewed any pilots in arriving at it’s conclusion; that community service flight pilots were operating under significantly more stress than pilots in other sectors.  The ATSB went on to admit that it had conflated findings from an unrelated survey to support it’s allegations of pilot pressure and stress.  When pressed on this issue, the ATSB argued that if it had surveyed or intervierviewd pilots specifically on the issue, they did not feel pilots would have given them honest answers.

Regarding the ATSB statistics, the investigator admitted that they did not have accurate data records and had based their report on estimated and modeled numbers, acknowledging that they did not include all Angel Flight’s undertaken during the statistical period used.  This modelling enabled the ATSB to produce a finding that alleged Community Service Flights to be 7 times more likely to be involved in a fatality, which sits in contrast to the reality that Angel Flight has experienced just two fatal accidents in 20 years spanning 40,000+ flights flown, which left the RRAT Inquiry panel questioning the statistical relevance of the ATSB’s claims.

And, the ATSB weren’t alone in their damning admissions.  CASA went on the record admitting that their legislative changes had no relevance to either of the two Angel Flight accidents, also stating that their changes would not have prevented either accident from occuring and would not stop similar accidents from happening again.

In view of the clear evidence given to the Senate RRAT Inquiry, which leaves no doubt as to the need to withdraw the ATSB report and CASA’s inappropriate legislative changes, it certainly raises serious questions as to how the TAAAF Chair, Mr Jeff Boyd, and it’s members could possibly have supported the ATSB and CASA at all.

Do Australia’s general aviation associations and bodies genuinely feel that it is appropriate or acceptable that the ATSB produce investigation reports based on manipulated data, conflated survey results – all without interviewing or surveying a single pilot or participant?  Its hard to imagine, but this is what the TAAAF have argued, which gives rise to serious quesitons.

Was the former CASA Chairman given a tap on the shoulder for support?  Was he called on to throw a lifeline to the ATSB and CASA?  Did the airline he works for bias his judgement?  Is the TAAAF statement supported by it’s members?  Does the TAAAF represent general aviation as it claims?

Over the past few days, AOPA Australia has reached out to the various members of the TAAAF, seeking to understand if each of the associations were in full agreement with the statement of support, which has revealed some telling facts;

According to the TAAAF letter to the Senate RRAT Inquiry, the association represents thirteen associations and bodies, claiming to be an alliance of the majority of Australia’s major aviation associations… these include;

A brief telephone investigation by AOPA Australia revealed that the majority of the TAAAF membership was either unaware, in disagreement or seeking to disassociate themselves from the statement of support.

These are our findings;

The above results, appear to contradict the TAAAF statement that it’s membership ‘fully-supports’ the ATSB & CASA, and if correct should be the basis on which the letter should be withdrawn, as it could be considered a gross misrepresentation and an attempt to mislead a Senate Inquiry, leaving significant doubts as to the integrity of the TAAAF and their claim to represent the general aviation industry.

Withdrawn or not, I have no doubt that there will be many pilots shaking their heads, all wondering as to the motivations of each of the industry associations involved.

Sadly, it does appear that the ATSB, CASA and now the TAAAF all share something in common. 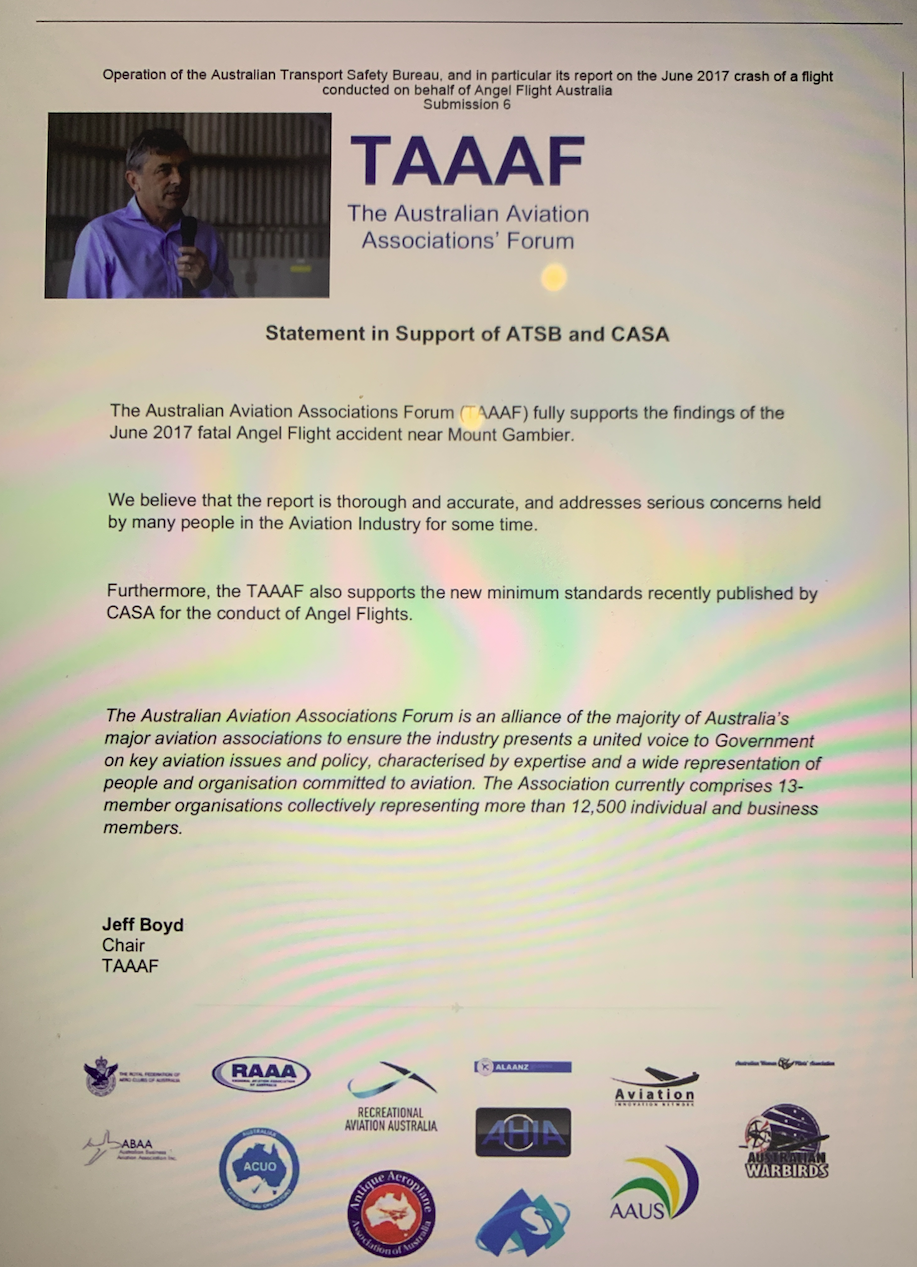