October 31, 2018 By Benjamin Morgan
Share on FacebookShare on Twitter
Steve Hitchens, Editor - Australian Flying, 31st October 2018
AOPA Australia has called on the Department of Infrastructure and Transport and the Civil Aviation Safety Authority to withdraw the recent Colmar Brunton survey report, which AOPA says is biased... 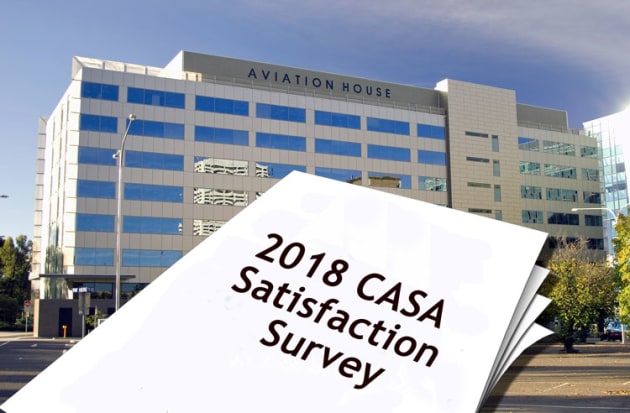 AOPA Australia has called on the Department of Infrastructure and Transport and the Civil Aviation Safety Authority to withdraw the recent Colmar Brunton survey report, which AOPA says is biased towards a positive result.

The survey report into the industry’s satisfaction with CASA was made public earlier this month, and appeared to show that the regulator’s satisfaction rating had improved over a similar survey taken in 2015.

However, AOPA Executive Director Ben Morgan states the survey was biased toward a positive result for CASA and is not an accurate reflection of general aviation’s attitude toward CASA because the same groups surveyed in 2015 were not used again for 2018.

“The report acknowledges that it did not consult with AOPA Australia, SAAA, GFA, AMROBA or any other partner to the Australian General Aviation Alliance,” Morgan said in a letter to CASA and Deputy Prime Minister Michael McCormack dated today.

“In total, some 16 key general aviation industry associations which have been highly critical of CASA’s decision making over the past five years were excluded from the survey in 2018. These associations represent the vast majority of the general aviation aircraft owner, pilot and business community, collectively representing the interests of some 15,000 participants.

“Associations that CASA did survey were: Qantas, Virgin, AAA, RAPAC, TAAAF, RAAus, RAAA and the AAAA. All of those surveyed are members of the CASA Aviation Safety Advisory Panel, of which none directly represent the interests or views of the vast majority of general aviation community. Furthermore, the RAAus, RAAA and AAAA are all members of the TAAAF.”

Morgan also stated that the organisations not included in the survey had all been critical of CASA over the past five years and represented the “vast majority” of GA owners, pilots, operators and businesses.

Morgan urged the Deputy Prime Minister to demand the survey be done again using the same benchmarks as those used in 2015.

“AOPA Australia is calling on you as our Minister to immediately withdraw the 2018 report and to require that CASA and Colmar Brunton re-survey the benchmark 2015 respondents in the same methodology as was conducted in that year, along with permitting all of the industry association/peak-bodies and individual representatives to participate without restriction.”

CASA has denied the survey population was designed to produce a positive result, with a spokesperson telling Australian Flying that although the organisations were nominated for qualitative input, the quantitative portion came from randomly selected industry individuals.

“Colmar Brunton weighted the sample so that it accurately reflected the aviation community, i.e., X% of pilots, Y% of engineers, etcetera.

“But the sample was still randomly generated and people contacted so they could opt out if they wished.”

The Department of Infrastructure and Transport has been contacted for comment.