Uber Elevates: Our Past is our Future

HomeCommunity, Homepage Article 1Uber Elevates: Our Past is our Future

Uber Elevates: Our Past is our Future

June 14, 2019 By Benjamin Morgan
Share on FacebookShare on Twitter
AOPA Australia Executive Director Benjamin Morgan gives an opinion on what the Uber Elevate announcement means for general aviation.
The Uber Air future is here, have you heard?  At least that’s what Australian newspapers, television and news outlets have been banging on with for the past 48 hours.  And,... 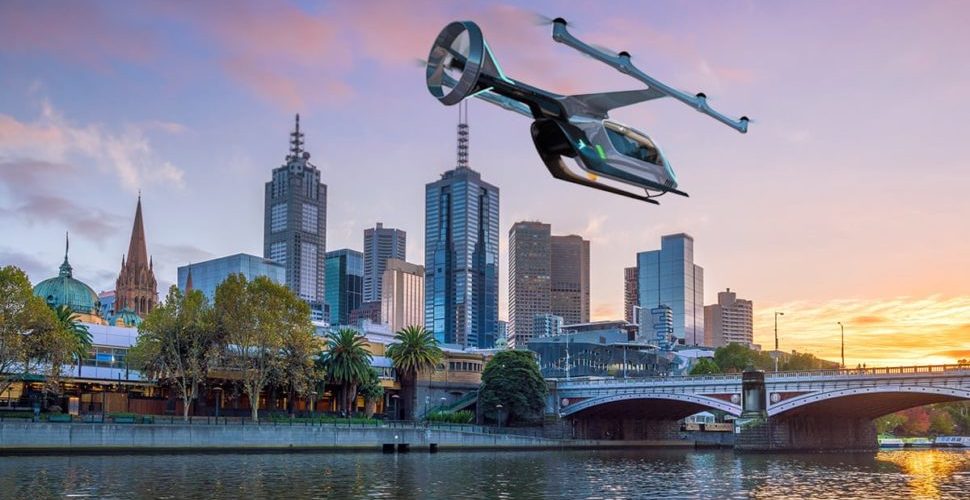 The Uber Air future is here, have you heard?  At least that’s what Australian newspapers, television and news outlets have been banging on with for the past 48 hours.  And, they’re not alone, even Deputy Prime Minister, The Hon Michael McCormack MP has got in on the act, gushing his fond memories of the ‘Jetsons’ proudly declaring “the past is now the future… the future is now here”.

I fear he may be more correct than he knows.

It’s hard not to get caught up in all the excitement, the Uber announcement is spectacular and represents a quantum leap in the advancement of the democratization of aviation and more importantly a radical advancement in government thinking. Such initiatives should be supported and I for one think it’s good for aviation.

Having said the above, I was waiting at the Virgin domestic terminal at Melbourne’s Tullamarine airport for my flight to Sydney on Tuesday when I first noticed the newspaper headline, on giving it a quick read I nearly burst out publicly laughing.  ‘Catch a flight to catch your flight‘ was the tag-headline for the Herald Sun article by Jennifer Dudley-Nicholson, my next thought was ‘you’re kidding, right!’.

My reaction was not that autonomous aviation and passenger transport is a stupid idea or that the Uber concept was far fetched – because it’s not – rather my reaction stems from an immense frustration that has built over decades from CASA’s inaction and ability to adequately reform, which continues to deny our industry its future.

To put the Uber Elevate trial in perspective I cant help but lament our pilot community frustrations, one simple example is general aviation ride-sharing, in that it remains illegal for a private pilot to publicly advertise that he is flying from A to B, seeking persons to share the flight.  Do it and get caught, under CASA’s strict liability you’re looking at the prospect of time behind bars – all for sharing the utility of private aviation!  Imagine if such restrictions were enforced on motorists, there would be political lynchings in the street!

As a result of this one restriction, private aviation is struggling to build participation and uptake and remains well and truely on the back of the drag-curve with a stagnant if not declining user base.  We are unable to openly share and enjoy the benefits and utility of aviation, all because of some ridiculous rule invoked by some faceless bureaucrat.

Imagine how many more pilots, aircraft owners, maintainers, supply chain businesses and more that could have been created over the past 20 years had CASA taken a more proactive and positive position?  How much longer should our general aviation community continue to endure decline, simply because of CASA’s laziness or ignorance?

And, should the general aviation industry seek to challenge our Minster on this one simple restriction, calling for a change… I have no doubt he will thrust CASA into action to proffer lengthy justification as to the explicit need to protect ‘uninformed’ participant passengers, or will elect to push industry through a kangaroo public-consultation that’s designed to give the impression of listening, whilst all the time setting about doing as they wish.  A far fetched opinion?  No better example could be offered than CASA’s recent changes to Community Service Flights.

And now in stark contrast to CASA’s continual demand for the ultimate level of safety in general aviation, we have Uber Elevate. A proposal to permit an uninformed passenger in a pilot-less autonomous aircraft, that for all accounts will be a highly experimental system, having hailed it from advertising on a social smartphone app, flying across some of our most developed and populated urban environments, entirely reliant on computers, gps and radio control services, transporting all manner of healthy and sick persons in all spectrum of weather – is a concept worthy of the Deputy Prime Minister’s excitement, elation and praise, with CASA not too far behind wagging it’s tail and drooling.

Now contrast the above, with AOPA Australia’s push during 2017/18 calling on government to reform private pilot medical standards, to permit CASA regulated RPL and PPL holders to operate VH-registered aircraft outside of controlled airspace, with a maximum of one passenger on a self-certification private drivers licence medical, and you can begin to gauge the insult and offense our general aviation community is feeling.

Regardless, the Uber concept has been deemed worthy of priority access to considerable resources within CASA to create the necessary regulatory frameworks for autonomous passenger transport by 2023, at a time when they appear to be performing at their lowest standard; delivering unsustainable delays in providing outcomes, refusing to modernise and reform out of date draconian regulation, persecuting and penalising industry participants, all whilst simultaneously refusing to properly consult with industry.  But, that’s just my opinion and I am sure that CASA would disagree.

For me the Uber announcement simply highlights the troubling influence that foreign multi-national corporations have over our politicians and ultimately our regulators, and I have no doubt that in the coming few years, the Minister and CASA will announce that autonomous passenger transport is entirely safe and worthy of the public’s confidence.  We may even see CASA update their marketing and mantra…. ‘Safe Skies Powered by Empty Cockpits’.

For now the woes, difficulties and problems with the way in which CASA is managing our general aviation industry appear hidden well into the dark corners and recesses of our Deputy Prime Minister’s blinkers.

So yes Mr Deputy Prime Minister you are correct, the general aviation community’s past continues to be our future and with no change in CASA’s behavior or function in sight, the future for Australian general aviation will be exactly what we have now, which is nothing to be proud of. 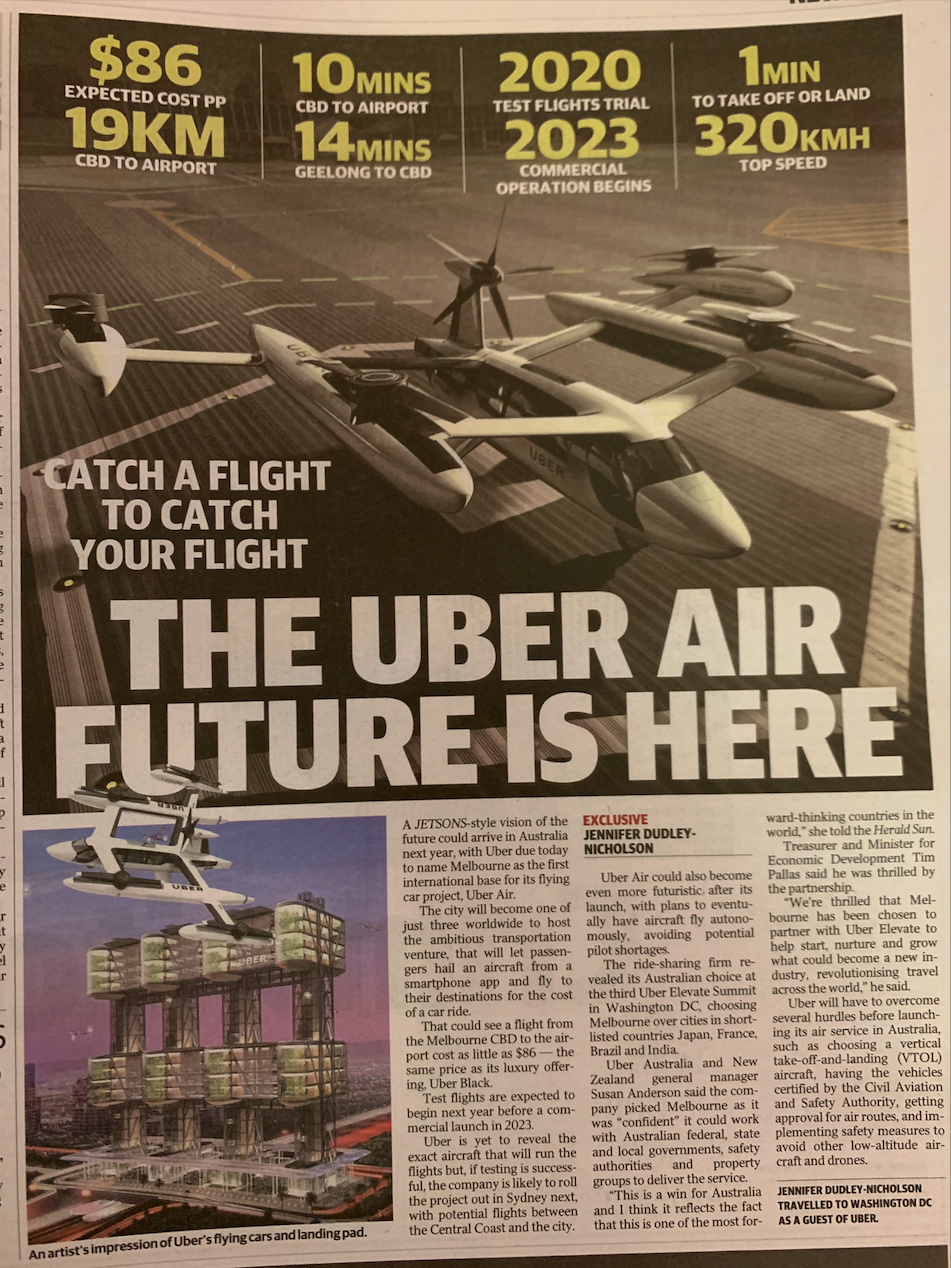