Throwing GA out with the Floodwater

Throwing GA out with the Floodwater

March 21, 2019 By AOPA Australia
Share on FacebookShare on Twitter
AOPA AUSTRALIA'S CHRIS SMYTH PONDERS IRRATIONAL CASA REGULATION REGARDING COMMUNITY SERVICE FLIGHTS
Right now in the USA, residents of Nebraska are being impacted by record flooding. This has rendered road transportation impossible. A large relief effort is now underway – assisted by... 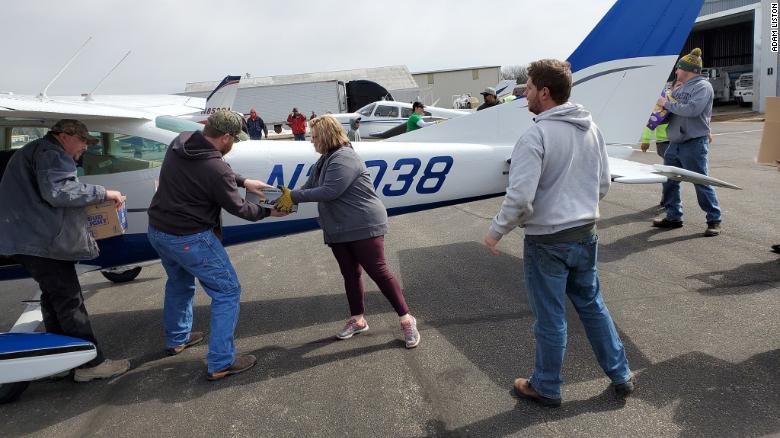 Right now in the USA, residents of Nebraska are being impacted by record flooding. This has rendered road transportation impossible. A large relief effort is now underway – assisted by the general aviation private pilot community.

CNN is currently reporting that private pilots in Nebraska are providing flights to stranded residents affected by the flooding. These flights are being funded entirely by a Go Fund Me campaign. The campaign is giving private pilots, who are ferrying stranded residents, the funds to cover fuel, aircraft hire and other costs. Even pilots with relatively low hours are ferrying passengers across the floodwaters, helping support what is becoming known as ‘the Nebraska GA Airlift effort’.

The Nebraska GA airlift is a pertinent example of the aviation industry’s community spirit and the genuine utility of general aviation aircraft and pilots. At a time of crisis, the Nebraska community have been gifted a vital lifeline from a sector of the community that are often desperately fighting for the protection of airports and aviation infrastructure.

However, when similar crisis situations develop in Australia, private pilots cannot help in the same manner without breaking the law.

In Australia, flood-relief community flights of this type would not be legal. Under the current CASA regulations, private pilots cannot advertise upcoming flights on public forums (such as Facebook and other social media channels) and they must share the cost of any flights with passengers. Pilots cannot be reimbursed for their flights by a third-party – such as a crowd-fund campaign.

Why can’t qualified Australian general aviation private pilots with current licences, current medicals and airworthy aircraft use their skills, qualifications and aircraft to provide the community with desperately needed transportation at times of crisis?

The Australian aviation regulator, CASA, has got it wrong and things need to change.

Tropical Cyclone Trevor is a category four cyclone and will leave a massive path of destruction in its wake. The wind damage will be bad enough, but the flooding that follows, due to the significant rain from the monsoonal trough, will compound the situation significantly.  Trevor is expected to impact areas right across the NT, from the Gulf of Carpentaria as far as Alice Springs. There will be widespread flooding. Communities will be isolated.

Braving the high-winds, rain and flooding is one thing, but it’s the weeks of isolation and the clean-up that the affected communities need to brace themselves for. It will take a great deal of government and community support to repair the expected damage that the wind and rain will cause.

In the wake of Cyclone Trevor, why shouldn’t private pilots be able to donate their time and aircraft to members of the NT community stranded in a crisis? Why can’t the wider Australian community support these flights via a crowd-fund campaign?

The value of the Australian General Aviation industry simply isn’t being realised. It’s being held back because of out-of-date regulation. Now more than ever Australia needs general aviation regulation reform.