June 2, 2020 By AOPA Australia
Share on FacebookShare on Twitter
AOPA Australia Chief Executive, BENJAMIN MORGAN, provides an opinion.
In April of 2020, the Civil Aviation Safety Authority provided advice to the NSW Department of Industry and Planning, communicating that the high-temperature gas plume from Tallawarra B in close... 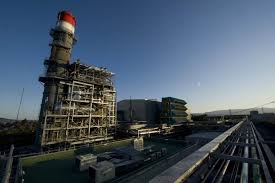 In April of 2020, the Civil Aviation Safety Authority provided advice to the NSW Department of Industry and Planning, communicating that the high-temperature gas plume from Tallawarra B in close proximity to Shellharbour Airport must not exceed a vertical speed of 6.1 m/s at 700 feet agl, otherwise it poses a risk to the safety of aviation.  No doubt a win for Energy Australia and a stunning body blow for common-sense and aviation safety generally.

More concerning, is that CASA took no steps to require any physical validation of the project to comply with 6.1m/s, they imposed no requirements that the plume be measured, assessed or even monitored on an ongoing basis – so much for aviation safety, right!

The plume rise challenge was so significant that Energy Australia changed their plume rise assessment consultant, changed the model used for assessment, and commissioned plant designers to achieve the targeted result. The theoretical engineering modification now achieves the targeted 6.1 m/s at 700 feet agl. Model validation for such use is not available.

AOPA Australia is deeply concerned that the model predicted results might not be sufficiently accurate for use under such an aviation safety critical situation. The plume is situated in the circuit of Shellharbour Airport, where aircraft are in a reduced energy state, arriving to land, departing the circuit, or conducting various forms of aviation training.

To ensure the safety of aviation post Tallawarra B commissioning, it is critical that NSW Department of Industry and Planning require Energy Australia to empirically confirm that the plume never exceeds 6.1 m/s at 700 feet agl. This can be practically, and reasonably inexpensively, conducted by the following means:

There are, no doubt, other suitably qualified, third party organisations capable of such flight testing.

Should however, the testing confirm that the plume does exceed 6.1m/s at 700 feet under any circumstance, AOPA Australia and industry would expect the NSW Department of Industry and Planning to impose operating limitations on Tallawarra B to ensure it never posed such risk to aviation safety.