Increased MTOW and Access to CTA for RAAUS: When?

Increased MTOW and Access to CTA for RAAUS: When?

July 9, 2019 By AOPA Australia
Share on FacebookShare on Twitter
The RAAus requests to CASA for increased MTOW weight and access to CTA for its RPC members may not be up for serious discussion for some considerable time, writes NICHOLAS CHRISTIE.
The two requests by RAAus to gain access to controlled airspace (CTA) as well as a weight increase towards 1500kg MTOW, have been the subject of substantive discussions and industry... 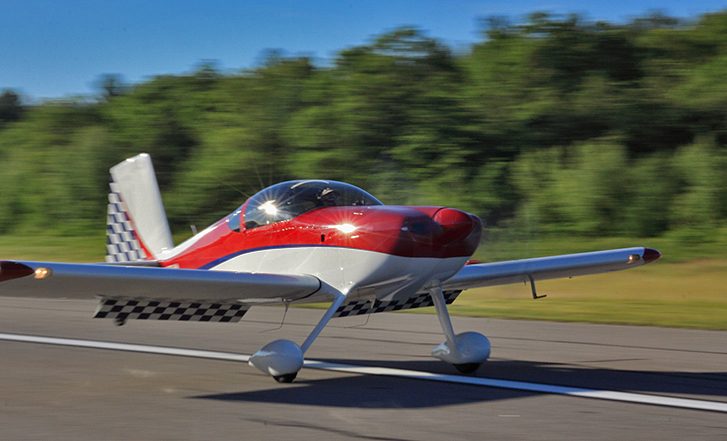 The two requests by RAAus to gain access to controlled airspace (CTA) as well as a weight increase towards 1500kg MTOW, have been the subject of substantive discussions and industry speculation over the past few years and of recent are at the centre of heated social media debate.

The RAAus has been claiming for some time that both requests will be granted and that talks with CASA are ongoing and progressing well – particularly on the weight increase front.  But members of RAAus have been hearing the same story for many years, so naturally many are starting to question if the CTA and higher MTOW will ever be delivered.

In the past month social media has been rife with comments suggesting the process has hit a major stumbling block, with many concerned that medical standards will be tightened introducing additional restrictive regulations for the 10,000 RAAus members in exchange for higher MTOW and CTA to be implemented.

Given that the RAAus was established to escape CASA’s over-regulation and red-tape, many members are questioning why the organisation is pushing so hard to re-insert itself into the GA ecosystem, where it will undoubtedly be exposed to higher regulatory intervention and risk.

In a recent personal Facebook post, Smith indicated that he will be producing “2-pages of information” in the upcoming RAAus Sport Pilot magazine, further claiming that the “weight increase will not change medical standards for RAAus pilots”, and that “public consultation” (by CASA) “will begin in July (2019)”.

In another recent update to its members, RAAus has provided the following assurances;

HIGHER MTOW & CTA ACCESS:  WHERE IS CASA ON THIS?

Investigating the varying claims made on social media by RAAus representatives, AOPA Australia reached out to sources within the regulator who emphatically deny that either the weight increase or CTA are topics to be considered by CASA in 2019, let alone on the agenda for implementation any time soon.  Sources state that there is a considerable body of work for RAAus to complete and achieve before CASA could move any proposal for a higher MTOW or access to CTA forward.

CASA have previously responded to AOPA Australia explaining that any proposal for a higher MTOW for RAAus members is likely to require that the aircraft are maintained by Licensed Aircraft Maintenance Engineers, an outcome that many RAAus members are frustratingly opposed to.

On the issue of CTA access, in a separate communication a CASA representative has made clear that it would not be considering access to CTA unless the RAAus pilot held at a minimum a Basic Class 2 or Class 2 medical certificate.  An outcome that will further frustrate a great number of RAAus members, with CASA showing little to no appetite to permit CTA access to RPC holders on self-certification medicals.

In response to the above, AOPA Australia recently fielded a number of questions to RAAus CEO Mr Michael Linke to allow him the opportunity to clarify the RAAus position.  Mr Linke declined to respond to our request, however, AOPA Australia remains keen to understand the RAAus perspective.

Meanwhile, the regulator is under increased pressure to consider how best to level the playing field in recreational aviation in Australia. While it must satisfy itself that RAAus has the capacity to safely inform its members and provide appropriate training for CTA.  For example, it must also consider whether Australia’s busiest airspace – largely reserved for commercial and corporate air travel – is best being utilised if opened up to RAAus aircraft and pilots. It also needs to properly consult with other bodies, including Airservices Australia and the industry’s broad range of representative associations.

The same depth of consideration must be applied to the issue of a weight increase. If CASA grants RAAus a 1500kg MTOW increase or even a 760kg MTWO they have two choices; either raise the medical standard for RAAus pilots wishing to fly heavier aircraft (to at least a Basic Class 2 or Class 2 itself), or bow to pressure from peak aviation bodies like AOPA Australia and see to it that all recreational pilots (RPC, RPL and PPL) have access self-certification medicals, irrespective of whether they fly with letters, or numbers, on the tail.

Of course, the latter makes far more sense to many in the industry, particularly given that self-certification medical standards bear no statistical significance to safety in the world of recreational flying. But it’s something that will require CASA to be sure that it wants to do – and that will be a process for the regulator to go through, within its own ranks and in proper consultation with key stakeholders within the industry.

Considering the process has barely started on either issue in earnest, it seems – at this time – that all bets are off for a higher RAAus MTOW or CTA access – at least for the time being.

A SOLUTION TO CALM THE SPECULATION

What is clear for now is that the broader recreational aviation sector deserves to be fully and properly informed about the status of both applications to CASA, including the expected timeframes for any consultation and any implementation stages that have already been agreed or planned.

By disseminating accurate information now, CASA and RAAus can help to dispel any myths, encourage more confidence in the sector, allow aviation businesses to invest and grow, and ensure that recreational pilots and aircraft owners throughout Australia are best informed to plan for their future.