May 30, 2017 By Mark Smith
Share on FacebookShare on Twitter
After a very successful annual general meeting, the board welcomed six new members. They add a wealth of aviation experience who, along with the board members who remained, will provide...

After a very successful annual general meeting, the board welcomed six new members. They add a wealth of aviation experience who, along with the board members who remained, will provide a strong base to advocate on behalf of the association.

Mike Smith comes onto the board having held senior positions with both Airservices Australia and the Civil Aviation Safety Authority, most recently as the Deputy Director.  He has led numerous complex programs including the introduction of Global Navigation Satellite Systems for en-route, non-precision and precision approach use, development and introduction of Safety Management Systems (SMS) and Australian Airspace Reform.

He is an an internationally recognised aviation expert with over thirty years of experience in civil aviation with a substantial knowledge of corporate governance, regulatory processes and safety management systems. His aviation qualifications include both Australian and United States FAA licenses encompassing a broad spectrum of activity, from aircraft maintenance, through to airline transport pilot, recreational and sports flying operations.

Since leaving the Australian Civil Service, he has been engaged as a senior consultant by airlines and aviation regulators around the world, predominantly advising clients in the areas of regulatory reform.  He also runs a flight school and aircraft maintenance business with his wife in Sacramento, California USA and actively flies their family Beechcraft Duchess and Cessna 172. 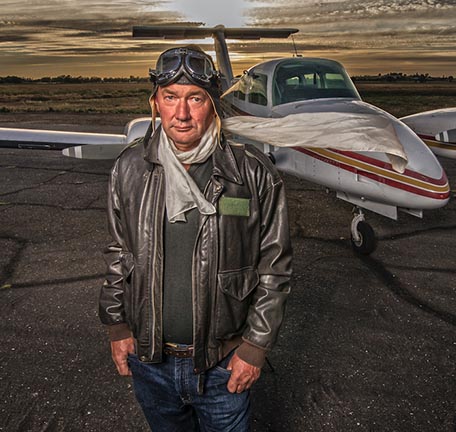 Aminta is a veteran of the aviation industry and was awarded the Order of Australian medal in 2005 for service to aviation as a pilot and as an instructor through the establishment of the Australian Association of flight Instructors. She says the reason she’s taken a directorship with AOPA is that for the first time in many years she have been impressed with the activity surrounding the association after the appointment of Ben Morgan and his drive, vision and above all creativity to turn around General Aviation. She says the large increase in membership of AOPA means there is more money to take the fight to the regulators who have for many years done their best to put general aviation out of business.

“I wish this demise to be turned around and I wish Australia to get back to the level of aviation activity and vision that was so obvious when I first came to this country. Australia allowed me to realise my childhood dream and now I wish to put back and help.” 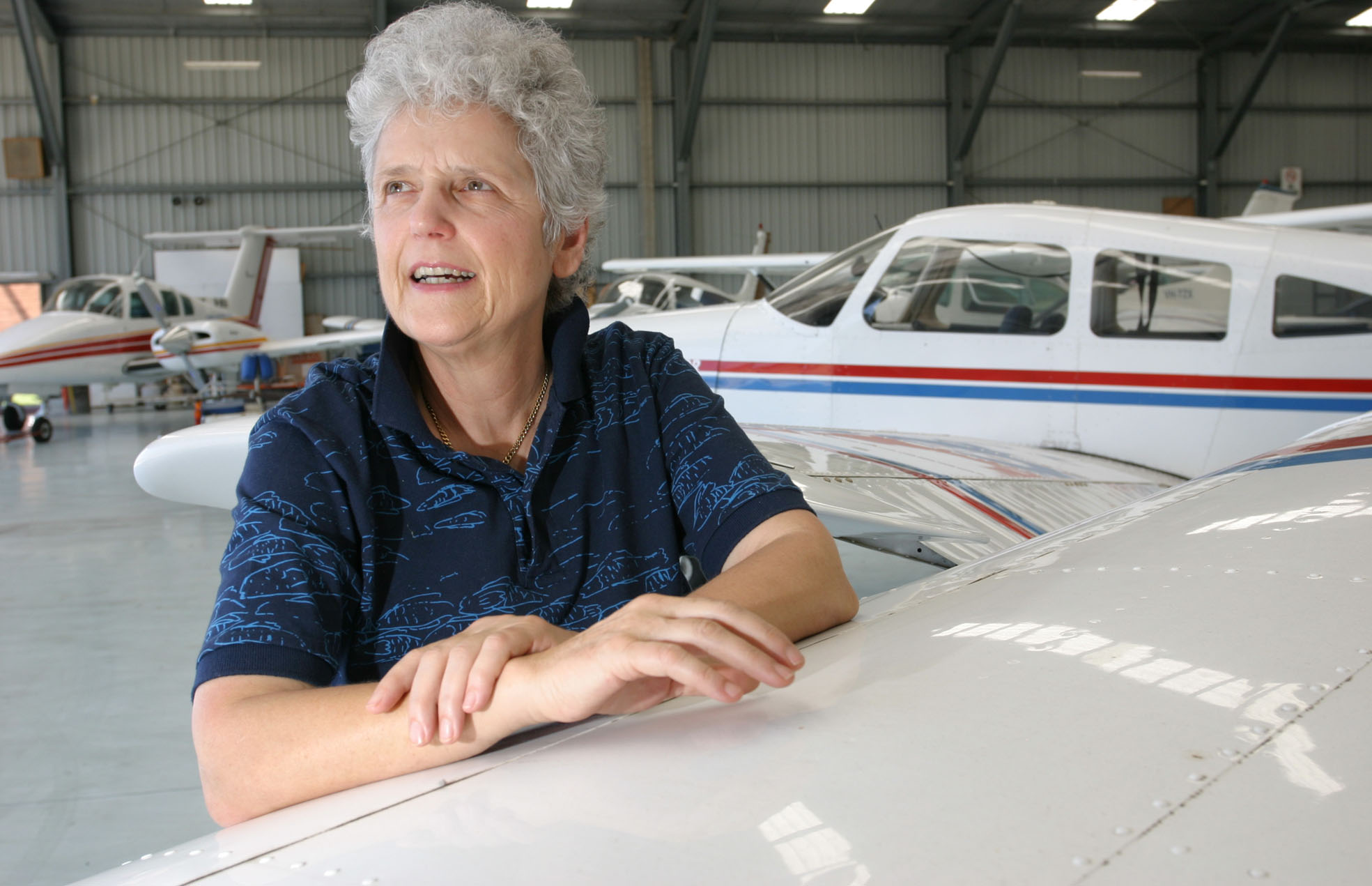 John  joined AOPA Australia during the mid-1980’s after purchasing his first aircraft.  He has remained a member since and has subsequently has been invloved in three aircraft.  Presently he has an interest in a Cirrus SR20 which is based at Tamworth Airport, NSW.

As well as being an aircraft owner he has been a lawyer for 30 years, specialising in aviation law, acting for many aircraft owners, pilots and engineers in legal matters, involving the aviation industry.  He has ran numerous cases against the regulator on behalf of clients in the Administrative Appeals Tribunal, Federal Court and Federal Court of Appeal.

He feels he has obtained a special and intimate insight into many of the problems face by AOPA Australia members in dealing with the regulator and generally in respect to the operation of aircraft.

“I have also had direct experience in the aviation industry, having been involved in several flying operations, including a small regional airline in Wagga Wagga during the 1980’s.  As well, I was an RAAF Reserve Legal Officer from 1980 to 1994.” 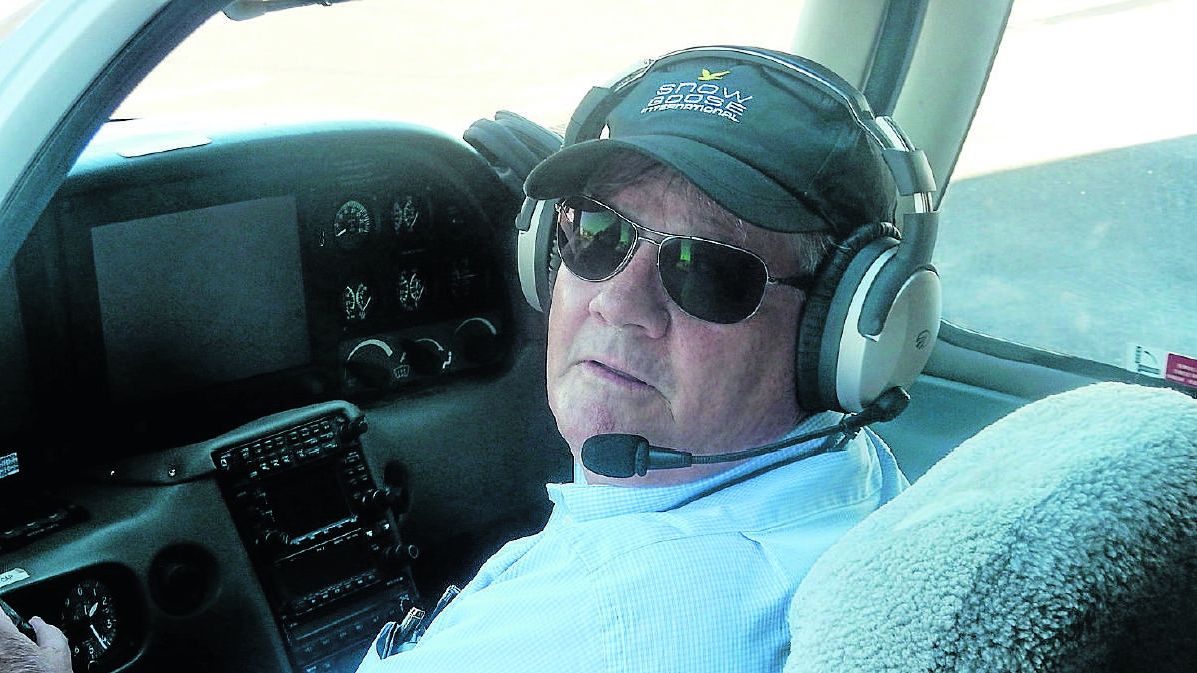 Catherine is an aviation professional and qualified flight instructor (aeroplane) with a passion for teaching and learning, and a deeply rooted sensitivity for the importance of systems, processes and the right culture to ensure safe and compliant enjoyment of aviation. She is an experienced CEO and general manager with a domestic and international track record of identifying change opportunities and leading commercial turnarounds in consumer health/FMCG and nutrition businesses with multi-national companies. As an experienced Non-Executive Director (not for profit and industry boards) and highly practiced leader and chair of cross-functional executive boards/senior management teams she is able to bring focus, clarity, efficiency and energy to board and leadership teams. 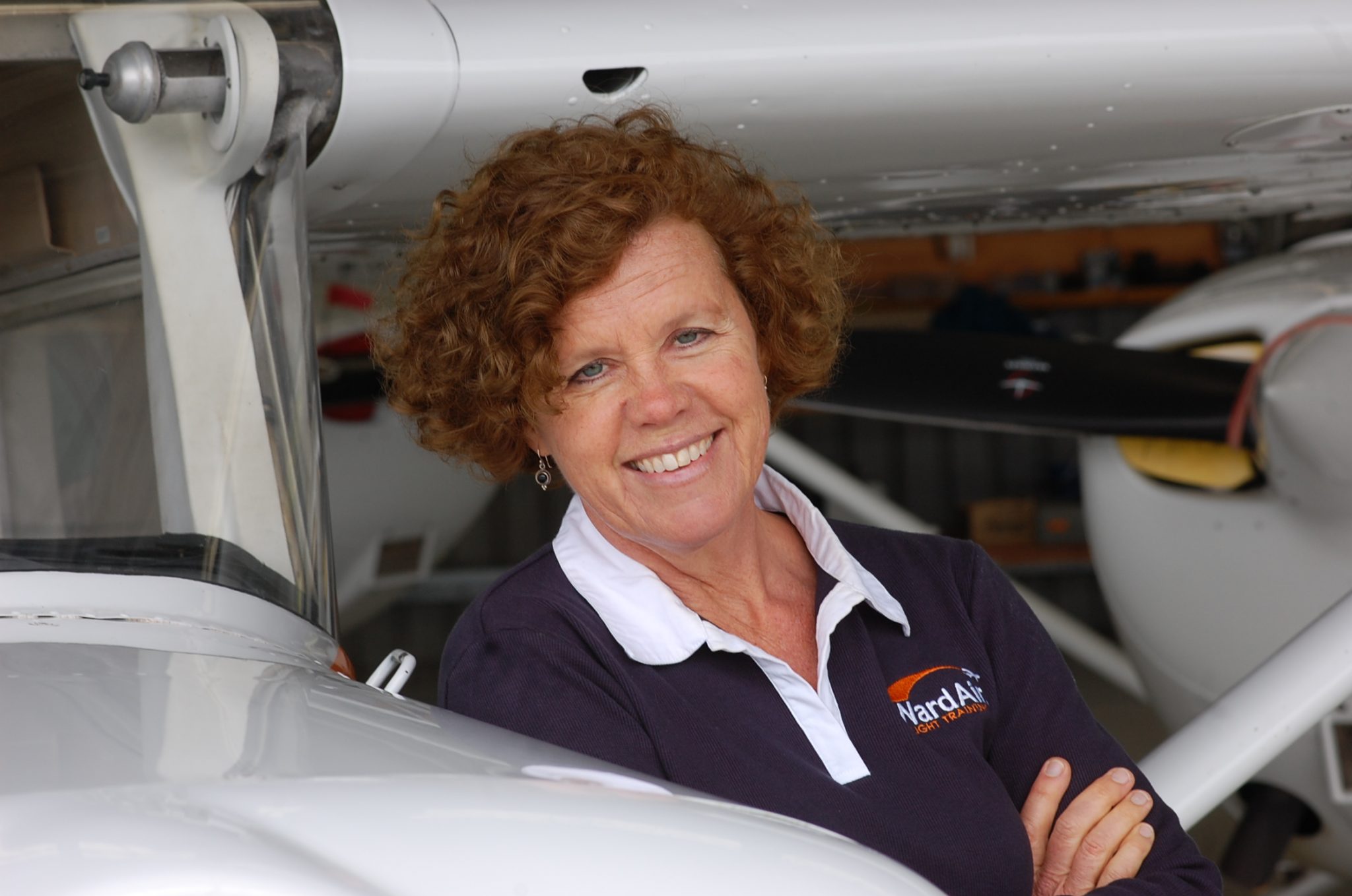 Dominic says he always had a huge passion for general aviation and from a very young age was single minded about becoming a commercial pilot.  He commenced his flying career in 1994, completing an Aviation Science degree at the University of Newcastle and since then has gained a fixed wing ATPL, a helicopter CPL and a UAV controller certificate. He has worked in a wide range of roles during his career and has flown commercially in 48 different aircraft and helicopters, ranging from Tiger Moth’s to Jet Rangers and Citations.

“I strongly believe that the Australian aviation industry is in urgent need of support and reform so that aircraft owners and pilots can freely go about their business without unnecessary restrictions.  Presently there are too many limitations imposed by industry bureaucracies that negatively impact the activities of general aviation participants.

“AOPA Australia’s reform agenda aligns closely with my own long held views and I look forwards to supporting my industry going forward as a director of the association.” 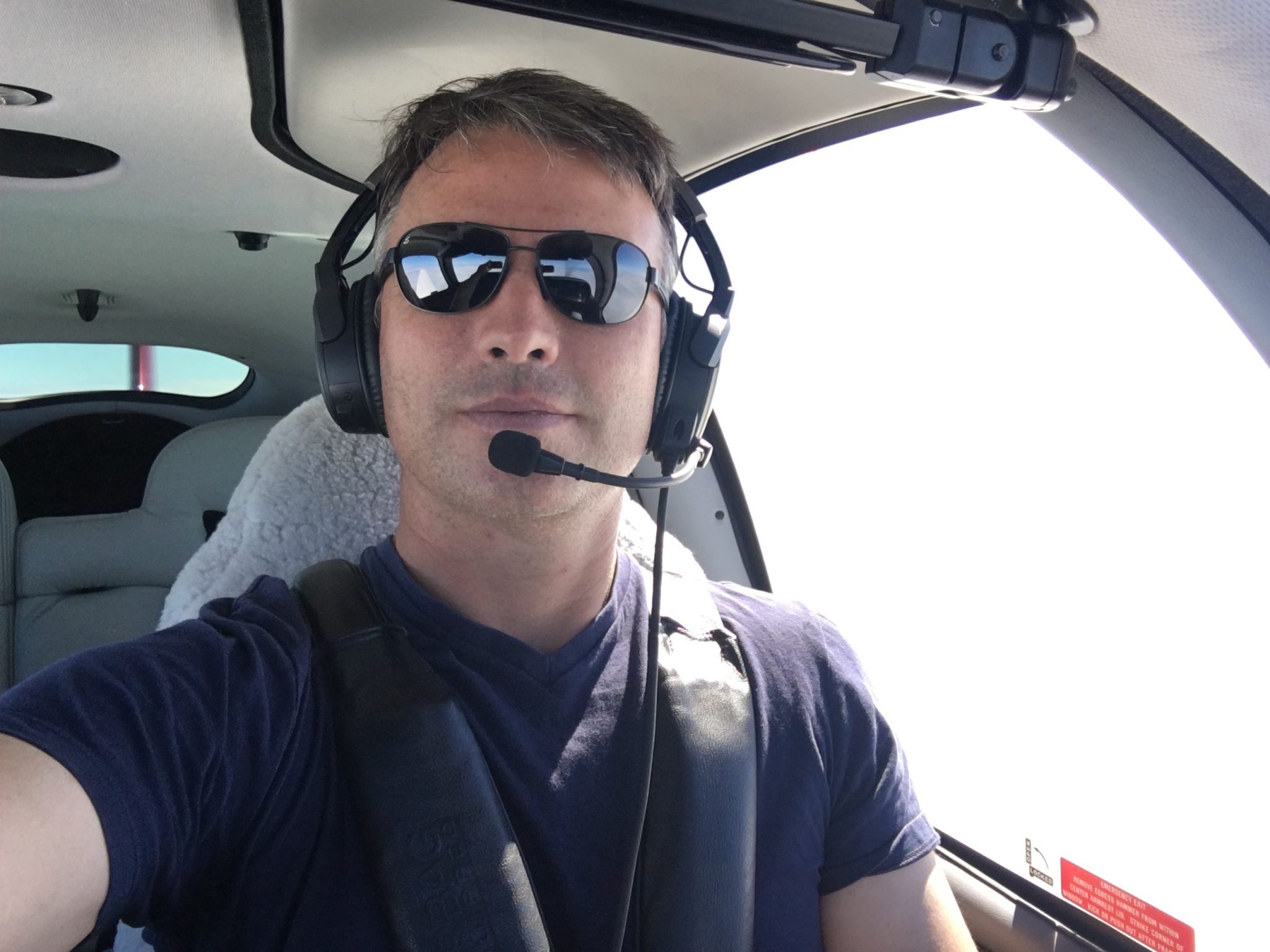 Phil Yates has been a member of AOPA for many years, going back to the era when experienced people from WWII held the reigns. Sadly he sees that despite many name changes, the experience level in the regulator continues to decline.

He says general aviation now is burdened with complicated regulations that pilots struggle to comprehend and expenses which have seen many pilots simply throw their hands in the air and walk away. Further to this, he says commercial pressures have seen the demise of airports and many small flying schools have simply packed it all in and closed shop. I see this as something of a tragedy for the industry and private pilots in particular.

He believes the AOPA is the body that can hopefully get general aviation back on track and in growth mode once again. He believes this can only be achieved with the support of our regulator or we will be doomed. Those of us with long term experience in aviation need to lend a hand and put something back into the industry if we can. Certainly no one person can do it alone. 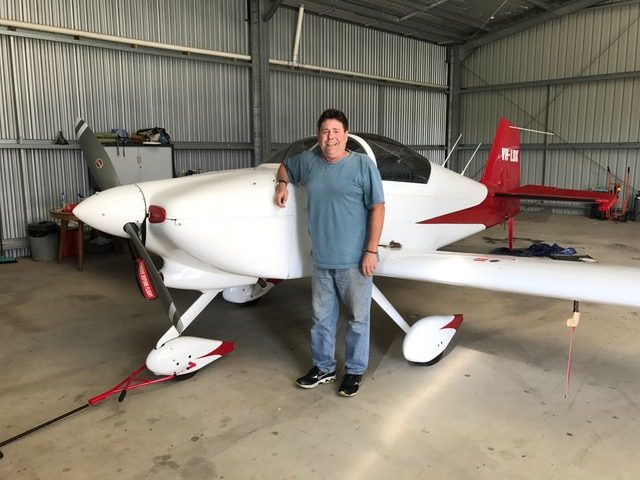