March 11, 2019 By AOPA Australia
Share on FacebookShare on Twitter
AOPA AUSTRALIA FLY-AWAY COORDINATOR GEORGE HIGGINS JOINS THE CREW TO CESSNOCK
Due to postponement of the Mudgee fly-in on March 9, due forecast weather conditions, as a plan B it was decided to arrange a lunch in the vicinity of Cessnock...

Due to postponement of the Mudgee fly-in on March 9, due forecast weather conditions, as a plan B it was decided to arrange a lunch in the vicinity of Cessnock airport. It was thought the weather might be slightly better going to Cessnock, as well as avoiding the need to cross the Blue Mountains with a low cloud base.

VH-CDK a Cherokee 6 – Chris, Geoff and Ted
VH-NRL an Archer 2 – Randell and David
VH-JZJ a 180 HP Cessna 172M – Peter
VH-PQK a Warnervale based Cessna 172 – Michael and George
The weather forecast on the day suggested the “poorer” weather was most likely going to be in the Cessnock area. Of course, it ended up being the opposite. At Bankstown, around departure time it was grey skies, courtesy of a high overcast and plenty of low stratus in the training area, but not too bad for the GA lane. An on the spot report from Warnervale suggested a ceiling of 3500 to 4000 feet.
So on the basis of this, the Bankstown VFR aircraft VH-CDK and VH-JZJ decided to attempt the trip, while VH-NRL went IFR. All aircraft made it to Cessnock by midday. Here, the consensus was to have a bite to eat and a cup of coffee at the Wine Country Cafe located near the airport entrance.
After a pleasant catch-up for an hour or so it was time to head back. The high overcast made conditions look a lot grimmer than what they really were. On leaving Cessnock there was a significant shower just to the east of the airport, which fortunately was not near the track to Brooklyn Bridge.
On approaching the Bridge, the Bankstown ATIS was 3000 feet overcast and 2000 feet scattered. Looking down the Hawkesbury, Barrenjoey Headland was quite distinctive so there were plenty of options to wait it out for the lane to clear if there were any issues. In the end the landing was quite uneventful with VH-JZJ and VH-CDK landing together on runway 11 left and center, with VH-NRL on IFR following not long after.
In summary the day turned out to be a bit of a pilot outing, where quite a few decisions needed to be made on the viability of conducting VFR flight. While, obviously it is more enjoyable flying CAVOK, the less than perfect flying conditions is good experience in testing pilot judgement. 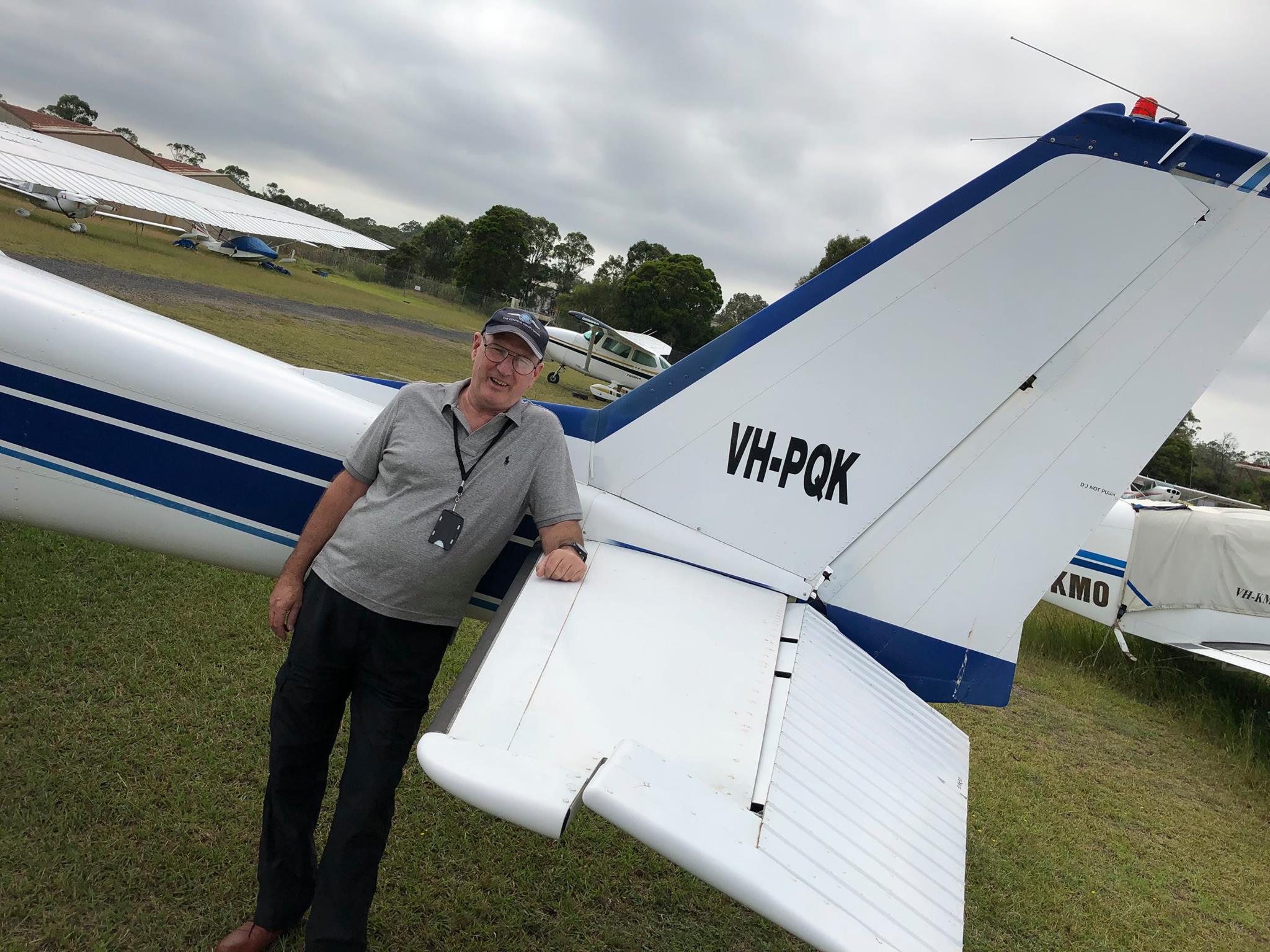 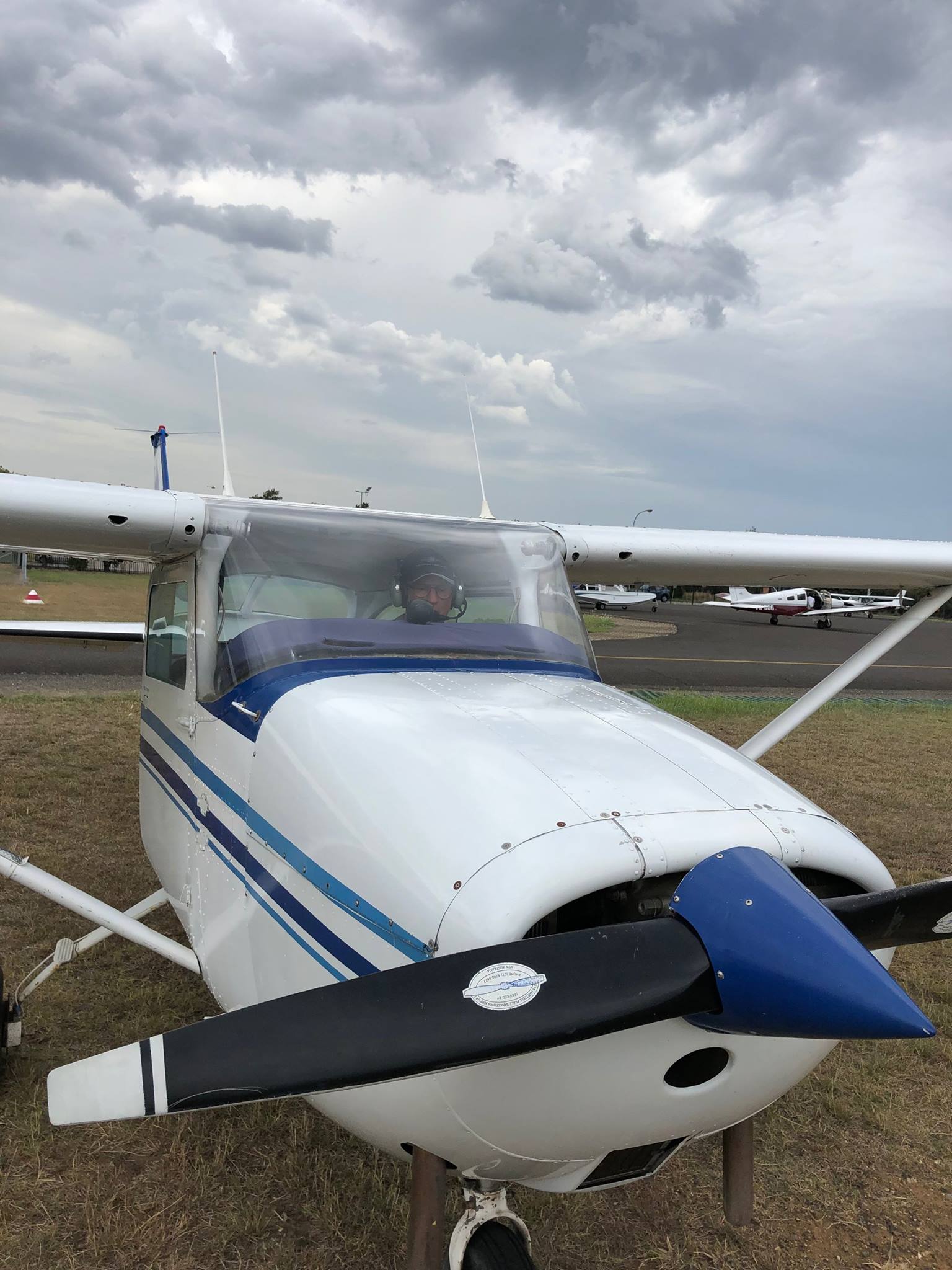 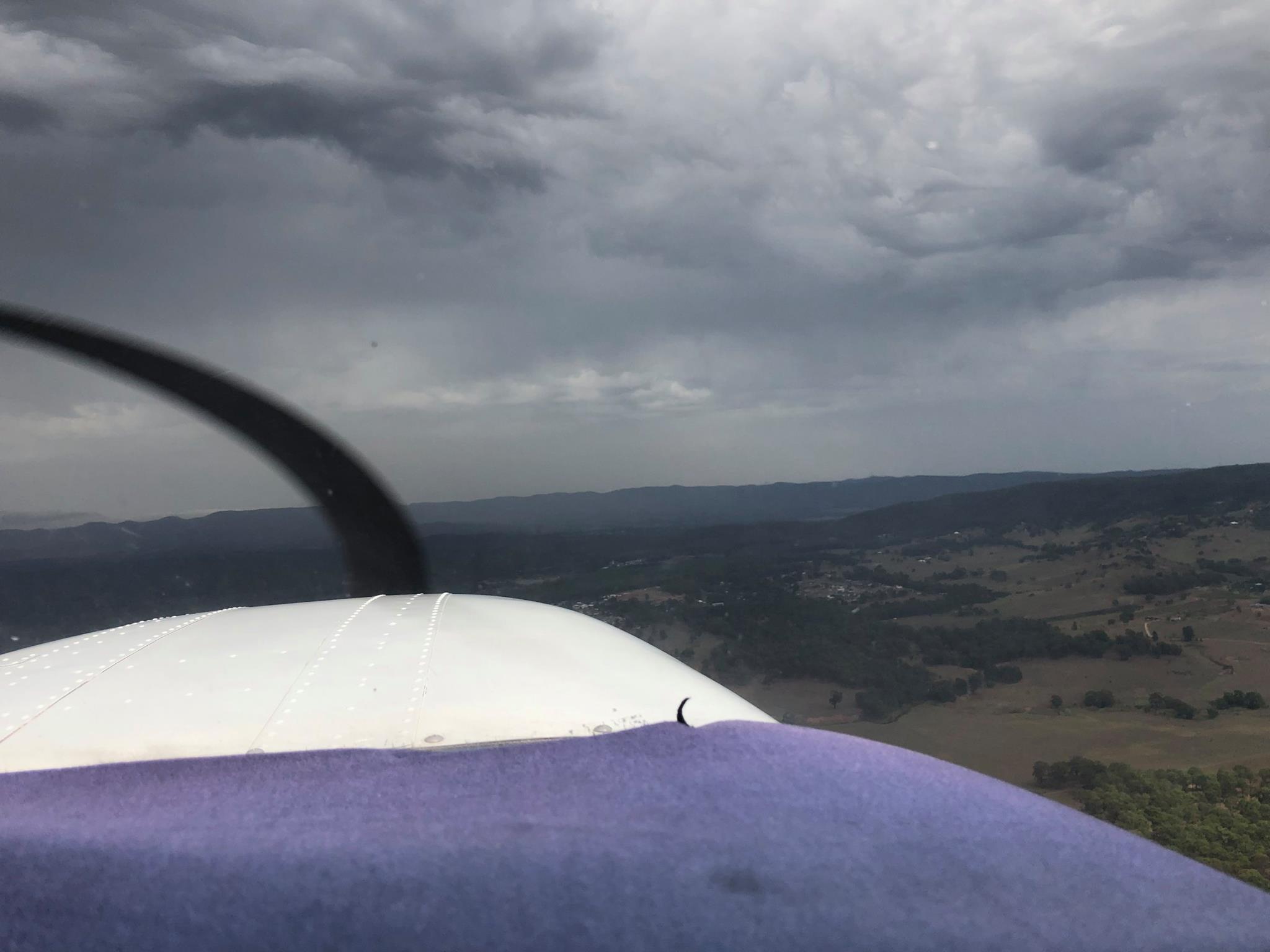 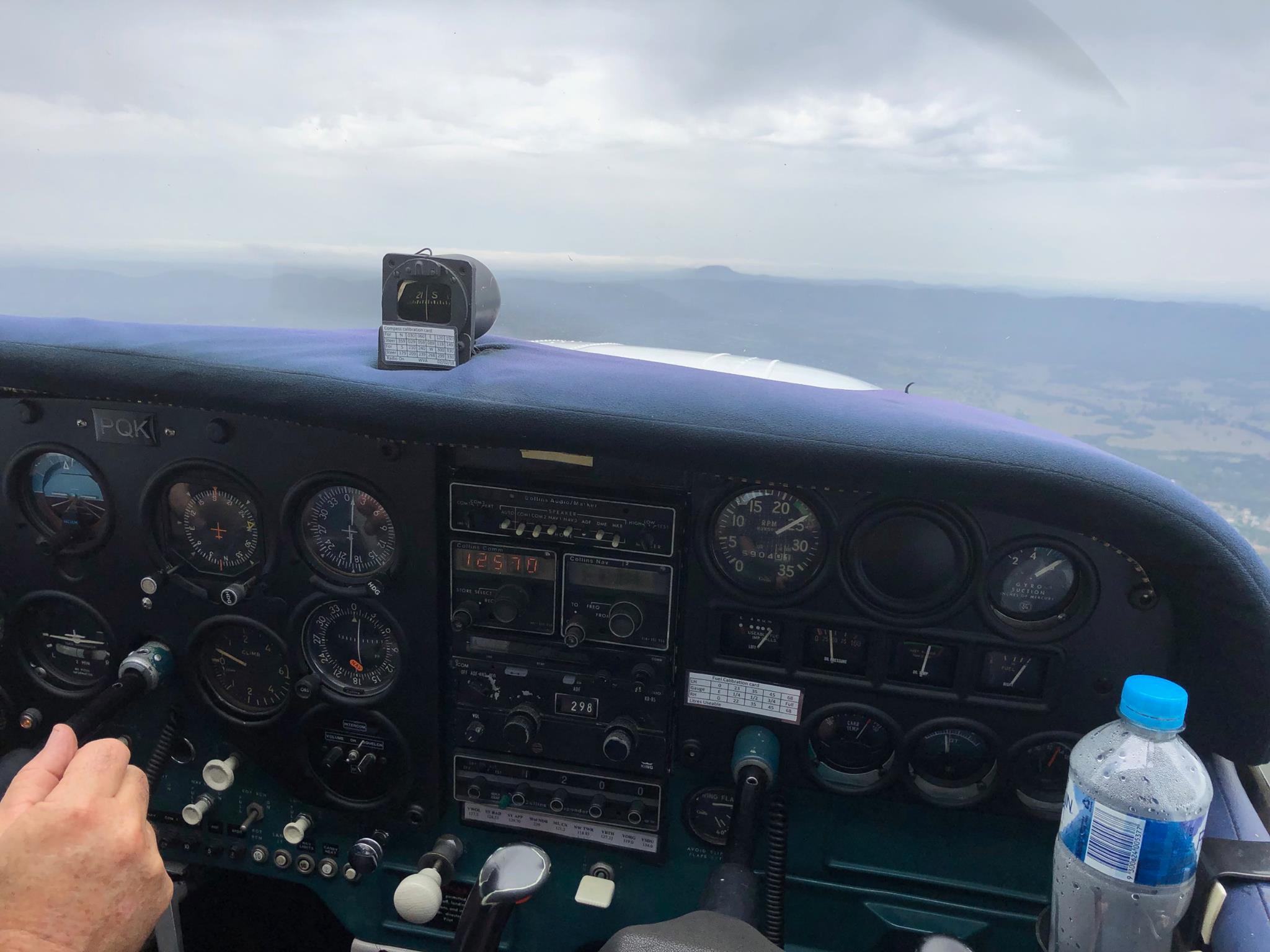