May 12, 2020 By AOPA Australia
Share on FacebookShare on Twitter
The ABC in Mildura has reported there have been a number of incidents involving Chinese pilots training locally.
According to the ABC Mildura-Swan Hill “Reports of interference with aircraft radio communications and the use of laser pointers at one of regional Victoria’s busiest airports, where a flying school... 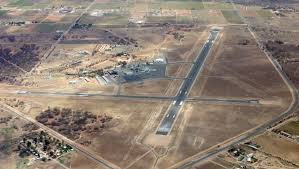 According to the ABC Mildura-Swan Hill “Reports of interference with aircraft radio communications and the use of laser pointers at one of regional Victoria’s busiest airports, where a flying school trains pilots for Chinese airlines, are being investigated.

“The International Aviation Alliance academy has been subject to a number of complaints about noise, however CEO Simon Clemence said tensions over its presence in Mildura had escalated to the point where the academy had become “reluctant to even let [the students] out”.

“Mr Clemence, who is also Mildura’s mayor, said unknown people had jammed radio frequencies to prevent its aircraft from operating, and aimed laser pointers at its planes.

“And, he added, Chinese student pilots aged in their 20s had been subjected to racial abuse on aircraft radios and in public.

“The flying school opened to much fanfare in 2019, when Deputy Prime Minister Michael McCormack announced the Federal Government would contribute $2 million toward the installation of an instrument landing system at the airport.

But in recent weeks, enough “distressed” constituents had written to Dr Webster angry about noise from late-night training flights that the MP had written to the flying academy to ask it to consider changing its schedule.

“Part of the school’s plan to alleviate those concerns involves expanding to places like Swan Hill, whose council this week voted to pursue negotiations that could eventually lead to 200 Chinese student pilots learning to fly at the Swan Hill Aerodrome, despite some councillors’ concerns.

“Mr Clemence said the academy’s presence had helped some businesses in Mildura survive the downturn associated with the COVID-19 pandemic, and that it was even courting interest from the Tasmanian Government.

“But while business leaders and local councils were attracted to the academy’s promise of an economic boost, Mr Clemence said the students had been subjected to vigilante behaviour in the community.

“A spokeswoman for the Australian Communications and Media Authority said it was investigating a complaint about interference to licensed radio communications services at Mildura Airport and had encouraged the airport’s management to report the matter to police.

“Mr Clemence said while there were genuine community concerns about aircraft noise and foreign ownership, he felt “anti-Chinese sentiment” was fuelling much of the outrage at a time when coronavirus was spreading.

“QantasLink is among those to have raised concerns about how increased training flights have made Mildura Airport a more difficult place to fly to.

“In a recent airspace review, the carrier told the Civil Aviation Safety Authority (CASA) it had begun to find radio traffic at Mildura “challenging”, with pilots commonly encountering “poor or miscommunication” on radio calls.

“Virgin Australia, another of the three commercial airlines to service Mildura, also told the review none of CASA’s recommendations would address the risk of “insufficient or ineffective communication” involving student pilots whose first language was not English.”