December 10, 2019 By Keira Hyatt
Share on FacebookShare on Twitter
AOPA Australia Contributor ALAN BETTERIDGE reports.
Ever wanted to visit the Western Plains Zoo? Maybe the old Dubbo Goal is more your thing.  But if you intend to do a flying visit anything in the central... 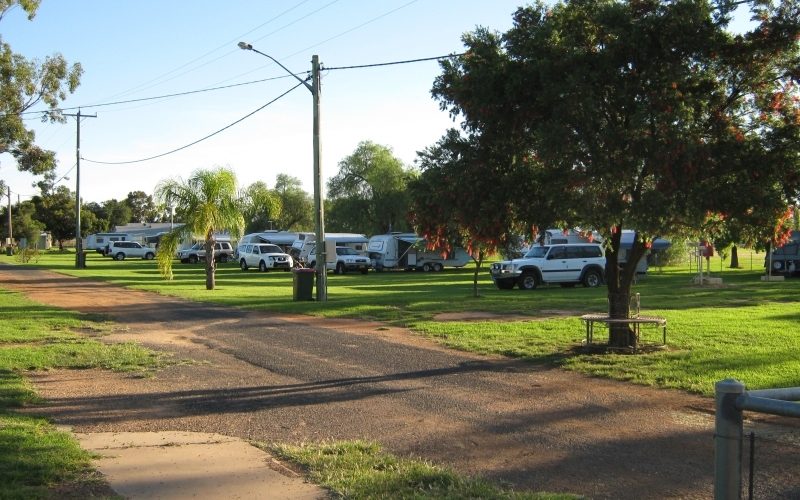 Ever wanted to visit the Western Plains Zoo? Maybe the old Dubbo Goal is more your thing.  But if you intend to do a flying visit anything in the central west of NSW, I would suggest you give Dubbo Aerodrome a miss and head over to Narromine, just a few minutes flying west of the state’s largest inland city.

Narromine aerodrome has a great aviation museum, a gliding club and one of the friendliest Aero Clubs in NSW – if not Australia.

And, of course, it was the birth place of one of the Australia’s foremost cricketers, Glenn McGrath. They even have a statue of him in the centre of town.

Should you decide to fly in to Narromine (and you should), there is one thing you can count on and that’s the hospitality of Jo and Terry McDonald, owners of the Narromine Tourist Park.

Jo and Terry have owned the park for near on four years and during that time have welcomed not only caravanners and travellers, but many of the people who have flown in and made the park, not only a one night stop-over, but in some cases a base to really get out and about to explore what the region has to offer.

Due to its location, the park is the perfect place to stay if you fly in.

It is situated right next door to the aerodrome, in fact it shares a dividing fence, and is within walking distance of the entire airfield.

Jo said although she and her husband hadn’t had much time off in the last few years, they didn’t mind because owning the park was just like being on holiday anyway.

“When you meet people who have either flown or driven in, it’s just like being on holiday yourself,” Jo said.

Pilots and their passengers are especially well looked after with Jo and Terry going out of their way to ensure everyone has an enjoyable experience.

“It is great to meet people who have flown in and Terry and I are only too pleased to give them a lift into town or arrange to get fuel for them,” Jo said.

“In fact, I have even lent my car to a few of them so they can have a look around,” she added.

“The Afly ins held here are not just good for us, but the whole region benefits from them. Not only from the money that comes into town, but the exposure the region gets. It’s just great for tourism.”

The Park offers either powered or unpowered campsites, hot showers and clean amenities. If you prefer, they have a range of motel type accommodation.

There are 11 ensuite rooms and the complex has a communal kitchen and lounge area.

We have all had times when after a turbulent, or just plain long flight, we would have liked a shower before refuelling and heading off to our destination.

“If pilots are just stopping over for a short time, the showers are available for a small fee,” Terry said.

Jo said they had added a swimming pool which had proved popular, especially in the hot summer months.

“If anyone is coming this way and would like us to arrange a hire car, taxi or maybe a courtesy bus from one of the local service clubs for them all they have to do is call and we will do our best to help.”