September 11, 2019 By Kreisha Ballantyne
Share on FacebookShare on Twitter
Matt Hall has become the first Australian to win the Red Bull Air Race World Championship.
Realising a dream – eight seasons in the making in Chiba, Japan – Matt dashed the hopes of Japanese hero Yoshihide Muroya, who had been angling for his second title....

Realising a dream – eight seasons in the making in Chiba, Japan – Matt dashed the hopes of Japanese hero Yoshihide Muroya, who had been angling for his second title.

After previously finished championship runner-up on three other occasions, Hall needed only to finish third in today’s race, and he did just that in order to secure a maiden title. Winning the race was Muroya, who inevitably finished just one point behind Hall in the standings, with Czech pilot Martin Šonka third in the title chase after finishing 13th today.

Hall said it was a relief to finally be a champion, on a day he described to be emotionally challenging.

“It is absolutely huge relief, I was so worried that I would become the most famous bridesmaid in history, so to actually finally get it is a huge relief. It was becoming so frustrating. I feel we have earnt it,” Hall said as he came to terms with his achievement.

“There was pressure there today, I have been through this [a world championship deciding race] four times before. But there was more pressure this time because it was the last chance to do it with the race ending. I was trying to play it cool in front of the cameras and keep it on rails, but deep down it was a tough week. Today was a hard day emotionally.”

With his championship quest now over, Hall will finish his Red Bull Air Race career with one world championship, seven race wins and 30 podiums. The Newcastle native stopped short of saying he deserved to win this year’s championship but acknowledged that the result was an important career goal.

“I can finally say I am a world champion.”

Today concluded the Red Bull Air Race following 94 races since the inception of the sport in 2003. Today’s result makes Hall the 10th world champion since the air race attained world championship status in 2006. He will travel back to Australia later this week, with his first public event to be AirVenture Australia in Parkes, NSW on September 20-22. 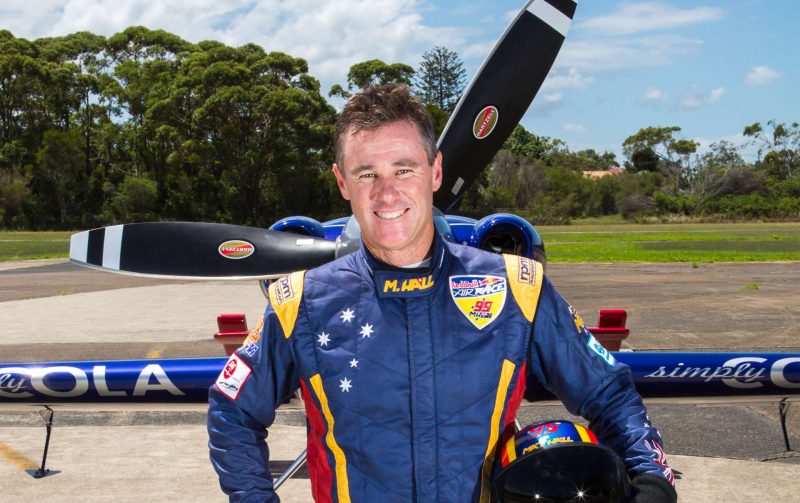