January 8, 2020 By Nicholas Christie
Share on FacebookShare on Twitter
For many decades, Lycoming (and others like Continental) has been specific – adamant even – that anything other than 100LL AvGas was not suitable for their piston engines. There was... 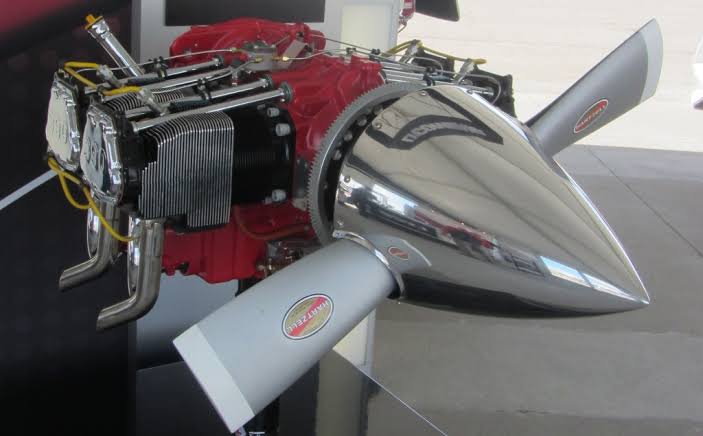 For many decades, Lycoming (and others like Continental) has been specific – adamant even – that anything other than 100LL AvGas was not suitable for their piston engines. There was no official allowance for users to utilise more cost-effective alternatives, either for fear of the legal repercussions of opening that particular pandora’s box, or as the company would say, because of the potential for users to unwittingly use various ‘automotive’ style fuels that were unsuitable. Some would say that this was fair enough.  The company – like other aerospace piston engine manufacturers – had a well-earned reputation for reliability to uphold, and losing it was worth more than an incremental improvement in market share.

So, just like most technologies and advancements in General Aviation, nothing moves fast and there is always a reason why ‘not’. We seem to be a cautious lot, somehow more secure in the knowledge that any change in aviation practice should be first carefully considered, tested, proven (and then the Government steps in and regulates it, heavily as if to confirm our original suspiscions).

According, for over half a century, Lycoming and Continental engines powered the industry, unquestioned and almost unopposed – using recommended fuels that were suitable – and suitably approved for use by them, aircraft manufacturers and our regulators. We all went along with the sense that if you wanted to fly, it was going to be expensive. And this acceptance would remain in tact, in terms of nearly everything; training, hangarage, maintenance – and fuel for fifty or so years.

Thankfully, a bit of old-fashioned price driven macro-economics, a demand boom after the hysteria of 9/11 had subsided, a more free and ambitious Eastern Europe and a revival of the ultra-light LSA market worldwide meant that a some change was afoot. A shift away from the traditions of ‘certified’ airframe/engine designs like Piper, Cessna and Beechcraft with Lycoming or Continental based engines, saw more aerodynamically and fuel efficient combinations offering Rotax (and other alternatives) on composite and lighter airframes. And people wanted to bet on the fact that they could save on running costs by doing their own maintenance, and flying much cheaper per nautical mile. Fair enough too.

Of course we know that generally speaking, these fast revving, light, small-capacity engines run on Mogas, and really nicely. Some automotive conversion types really do prefer it; many even insist on it.

And so change was born. Lycoming, still offering the most reliable engine range for heavier types, faster singles and light twins was poised on the sidelines of the main stage watching the market morph. They had to chose their time to make a move and protect their business.

Late last decade, and oh-so-quietly, management approved a move to announce that a limited number of their aircraft engines could run on Mogas – with conditions attached, of course.

THE ANNOUNCEMENT: ‘MOGAS IS CONDITIONALLY OK*’

The moment pivotal to the announcement of this decision was at EAA AirVenture 2008, where Lycoming held a press conference that announced that they would seek unleaded automotive gasoline approval for its standard-compression parallel valve O-360 and IO-360 engines.

And true to their word, on July 16 2010 they released a ‘Service Instruction’* indicating that unleaded automotive fuels could be used in Lycoming engine models subject to an STC (Supplemental Type Certificate) or TC (Type Certificate). It was an approval of sorts, but for the engine only.

There was not too much pomp and ceremony in this conditional approval, other than a black and white document that is (still) quite difficult to decipher and that has been updated a few times since. Many believe that with the noise of Rotax combining with various certified producers and experimental aviation taking flight, Lycoming’s hand was truly forced. Others take a less cynical approach that Lycoming simply didn’t know what what fuels would work on their engines, safely. The stakes of any failures or warranty claims against the company would be potentially too high, against the benefits of approval.

It seemed that the large (seemingly invisible) elephant in the corner of the room over the last half a century went largely unnoticed by the industry because Lycoming was either unwilling or unable to release the right information for people to make informed decisions about fuel choices.

Of course, other than the pure economics, there are some compelling reasons for the slow response to approving Mogas and its prohibition over so many years, that do have significant technical merit. The primary reason is summarised in their Service Instruction:

“The primary reason for this prohibition (previously) is the fact that ground transportation fuels are generally formulated to optimise engine emissions and ease ­of­ starting. These formulations are heavily influenced by environmental regulations and vary by geographic region and season.”

Their major concerns around Mogas appear to be well-founded in respect to fuels purchased from Auto fuel outlets, which can vary significantly in terms of quality, additives and chemical properties. What they rightly say is that, while many auto fuels are ok for their engines, the impossibility is to predict the properties of the fuel purchased.

Specifically, there are four main variables that Lycoming was concerned about in auto fuels. In conditionally approving Mogas for some of their , they refer specifically to the following:

The first three points are clearly laid out by Lycoming as controllable by automotive fuel wholesalers when they place their fuel orders. The first is the AKI rating (the Anti-knock Index) number which is an Octane rating. It is important to note, however, that AKI is different to RON (the Research Octane Number) that Australian Auto outlets use (and other countries like in Europe and New Zealand). AKI is calculated slightly differently, by an average on RON and MON (which is yet another measurement calculated at a different RPM than RON).

93AKI is the Lycoming required Anti Knock Index (Octane) rating, and when converted, this equates to around about 97RON (in Australia).

2. Tendency of fuel to Vaporise

Controlling vapour pressure is done at the wholesale level and is a measure of the volatility of fuel, or the degree to which it vaporises at a given temperature. Particularly is hotter conditions, and in low wing aircraft with specific fuel systems, the tendency for fuel to vaporise is higher, and this is obviously important in aviation applications. The A-4 rating was determined sufficiently overlapped with Avgas properties – and that satisfied the engineers at Lycoming.

Automotive fuels typically have Reid Vapor Pressure (RVP) values between 7 and 9 psi in summer. Automotive fuel specifications allow as high as 15 psi in the winter and in some regions, there is no upper limit to RVP in winter. As vapor pressure increases, the tendency for vapor lock will increase as will the fuel “boil off” tendency at altitude.

Ethanol is bad for aircraft engines. Partly because if moisture in ethanol gets separated, it can become acidic and this will enhance corrosion. But it’s mainly bad because it changes fuel vapour pressure properties. It also means that you use more quantity of fuel so it’s less efficient. Ethanol is a major no-no in aviation and Lycoming indicates that they cannot tolerate Ethanol in any application.

4. Lycoming have ‘locked in’ the fuel standards

ASTM D4814 to 09b and EN228 to 2008:E relate to the standard specification for automotive spark-ignition engine fuels and they change over time. So Lycoming decided that by specifying the requirements in one moment in time was the best idea. It it makes some good sense.

In approving the ‘360 line of engines, Lycoming has relented to some extent on these concerns, but the company still thinks Avgas is the better choice. In short, Lycoming has taken an approach that says that Mogas supply is highly unpredictable – and while likely to be acceptable if the user is certain the above conditions have been met – is no substitute for Avgas.

The problem is that Lycoming cannot afford – to its mind – to provide a blanket approval because the variables in supply across geographic boundaries, combined with weather conditions (temperature in particular) and fuel system design makes it impossible to control how their engines will respond.

To some, this is a ‘cop out’. To others it makes perfect sense.

Although Lycoming’s approvals don’t represent a move to Mogas, they do indicate the company wants some protection against Avgas availability issues and their potentially diminishing market share. Less hours flown means less engines sold in general terms, so cheaper per hour costs can help the medium term sales forecasts.

From a user’s perspective – and most particularly in the experimental aviation sector – if you fly 100 hours a year and burn 35 litres an hour in your RV-7 (for instance), that’s 3500 litres of fuel. At today’s prices, a saving of AUD$0.70 cents on fuel at the bowser will put AUD$2500 in the kitty for an annual. That’s not small change, and certainly worth speaking to your LAME about.

Nicholas started flying lessons at the age of 13. He holds both Grade 2 (GA) and RAAus Flight Instructor ratings.  Since graduating from Monash University with a Bachelor Business Management (Marketing), he has held various sales, marketing and management positions across a broad range of sectors. Nicholas has written for a variety of aviation magazines in Australia and currently runs his own aviation businesses.  In 2016, Nicholas took on the challenge of building a “slow build” Van’s RV-12, at Tyabb (Victoria) and he has since become an active member of SAAA, AOPA and RAAus.  Nicholas believes that the passion and involvement of people (especially youth) in the aviation community is key to the sector’s future success in Australia and that minimal government regulation will assist in the industry’s continued growth and success.