Local Tasmanian aircraft owners, pilots and aviation businesses have called on AOPA Australia for assistance, following news that the George Town Council in the state’s north has resolved to move forward with a formal Expression of Interest for the sale of the George Town Aerodrome.

Operated as an ALA, the George Town Aerodrome is located to the north of Launceston on the coast at the mouth of the Tamar River and is home to a broad range of recreational and private aviation users, including well established flight training providers.  The airfield hosts a 900m sealed runway with a unsealed cross-strip, with associated taxiways and includes 17 hangar facilities onsite, accommodating some 30+ aircraft.  See: http://www.georgetownairport.com.au/

The new George Town Aerodrome was instigated by the George Town Chamber of Commerce with help from the Tasmanian Aero Club under the management of the George Town Airport Association.  The strip was opened in April 1973 by the Minister for Transport, Mr Batt. Lindsay Miller, one of the hardworking volunteers, landed the first plane on the day.  The first strip was 750m by 100m wide. 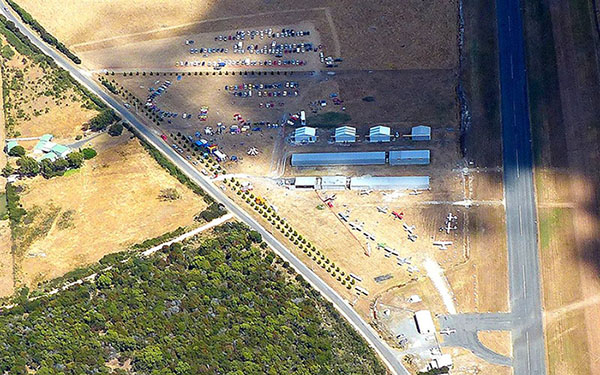 “The resolution to move forward with an Expression of Interest for the sale of the local community airport is dissapointing and places an enormous question mark over it’s future.”, Benjamin Morgan; Chief Executive Officer, AOPA Australia.

“Tasmania is a great state, with great people; it is imperative that George Town Aerodrome remain locally owned and operated, now and into the future, ”

“It would be a terrible outcome to see the control of the airport handed away to either interstate or offshore interests, who would undoubtedly introduce significant fees and charges, rendering aviation at George Town as unsustainable, ”

“George Town Airport is a valuable community asset that provides a broad range of aviation recreation and amenity to the local and state community, along with being an invaluable resource during times of emergency and disaster releif, highlighted by its use for aerial fire fighting during 2018,”

“AOPA Australia has today spoken at length with Mayor Greg Keiser to gain a better understanding of council’s position and will attend a council airport planning meeting next week on Tuesday, 22nd October 2019, to discuss alternatives to selling off the community airport,”

“Our association has also been in contact with the Member for Bass, Mrs Bridget Archer MP and Tasmanian Senator Ms Jaquie Lambie, calling on their support to protect George Town Aerodrome.”, he said.

The Aircraft Owners and Pilots Association of Australia needs your help to protect Australia’s airports from sell-off and closure.  AOPA Australia relies entirely on memberships to fund our advocacy and efforts to protect airports nationwide.  For just $159 per year, you can help give AOPA Australia the resources it needs to protect your aviation future.