AOPA Australia Joins the Fight to Save Katoomba Airfield NSW.

HomeAdvocacyAirportsAOPA Australia Joins the Fight to Save Katoomba Airfield NSW.

AOPA Australia Joins the Fight to Save Katoomba Airfield NSW.

February 28, 2020 By Benjamin Morgan
Share on FacebookShare on Twitter
AOPA Australia's KREISHA BALLANTNE reports.
The Aircraft Owners and Pilots Association of Australia has joined the fight to help save Katoomba Airfield in NSW from closure, pending an imminent decision by the NSW Government regarding... 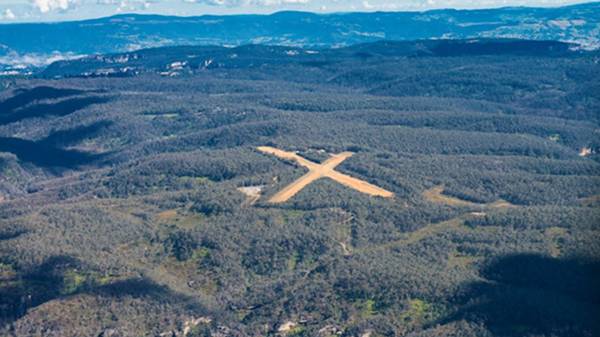 The Aircraft Owners and Pilots Association of Australia has joined the fight to help save Katoomba Airfield in NSW from closure, pending an imminent decision by the NSW Government regarding FlyBlue’s current licence and future lease application.

“Katoomba Airfield is an invaluable community asset for the residents of the Blue Mountains, and recently it demonstrated its value as a front-line base of operations during the bush fire crisis”, CEO AOPA Australia, Benjamin Morgan.

“Lives, homes, businesses, the World-Heritage Blue Mountains bushland and millions of fauna and flora are all placed at significant risk, should the airfield be closed and made unavailable to both fixed-wing and rotary aerial fire fighting services.

“The airport’s two runways are currently in an advanced state of disrepair, with the airport requiring over $3 million in capital works to return it to a safe status.  There is no appetite from the Blue Mountains City Council to step in and provide critical funding, nor has there been any interest from the Department of Lands.

“The environmentalists and activists which have sought to block the airport lease, have given no regard to the conservation of human life, the safety of the community, wildlife and bushland, nor have they offered a plan to provide the immediate capital funding that is required to ensure that the airport is maintained to a safe standard for fire-fighting activities.

“Those opposed to the airport are not demonstrating a rational understanding of the risks to the Blue Mountains community, nor do they seem to appreciate the remoteness of their location and the distances involved in resourcing aerial fire fighting resources from Richmond, Bankstown and Camden Airports should Katoomba be closed.

“Whilst community consultation is critical, the process undertaken by the Department of Lands has been substantially flawed and permitted opposing submissions from persons to which the airport has no direct or meaningful relationship.

“AOPA Australia is deeply concerned that anti-airport activists have misrepresented the facts and have sought to fear-monger tourists and visitors to the Blue Mountains into opposing the airfield.

“Furthermore, the consultation was undertaken prior to the recent bush fire emergency.  Should a new consultation process be started, it is likely that there would be a far more positive appreciation for the value of the community airport and its role in protecting human life, property, and the environment.

“The proposal that has been put forward by FlyBlue will provide the necessary private capital investment, ensuring that local ratepayers, community members and tax-payers are not directly burdened.

“The proposal ensures that the airfield site is professionally managed and maintained, increasing overall airfield safety which is integral to its future use by emergency services.

“The proposal also ensures that a vital airfield, which lay along a major aviation transit route between the Sydney Basin, Bathurst and beyond, is available as an emergency landing site, ensuring that student pilots are not forced to land into heavily wooded bushland, where the likelihood of fatality is high.

“Common sense must prevail and the future of Katoomba Airfield be assured,” he said.

Katoomba Airfield has been at the centre of the Blue Mountains community since 1968 and has held a critical role in the:

AOPA Australia is calling for your help to reverse this decision and to Save Katoomba Airfield.