HomeLetters to the Minister, Airspace and Procedures, Letters to CASAAOPA Australia Calls on CASA for EFB Safety Data Sharing 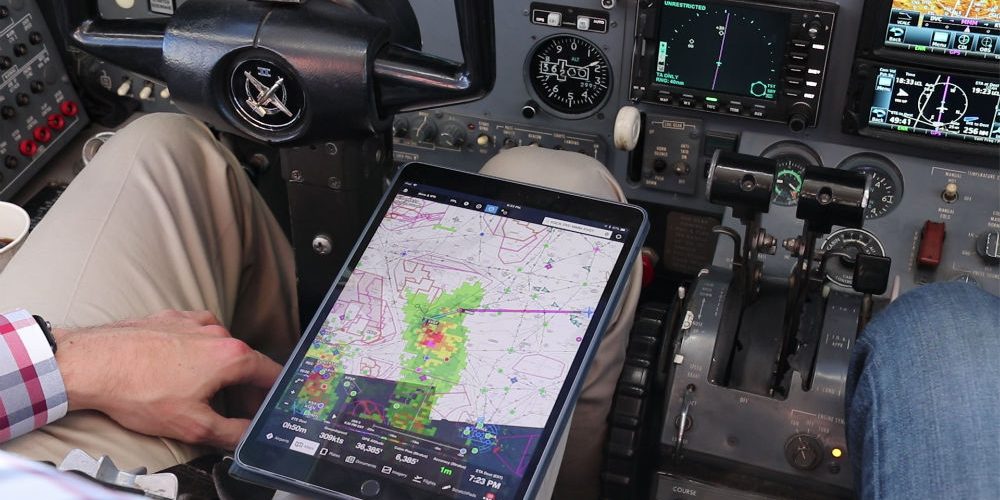 I write to you on behalf of the members of the Aircraft Owners and Pilots Association of Australia, calling on the Civil Aviation Safety Authority to improve aviation safety by requiring all CASA approved Electronic Flight Bag (EFB) providers to share their user’s aircraft flight plan, position and enroute information for cross-platform safety use.

The recent and tragic mid-air collision in Victoria is a poignant reminder of the need for pilots to be afforded the best possible opportunities for situation awareness and safety in the cockpit. 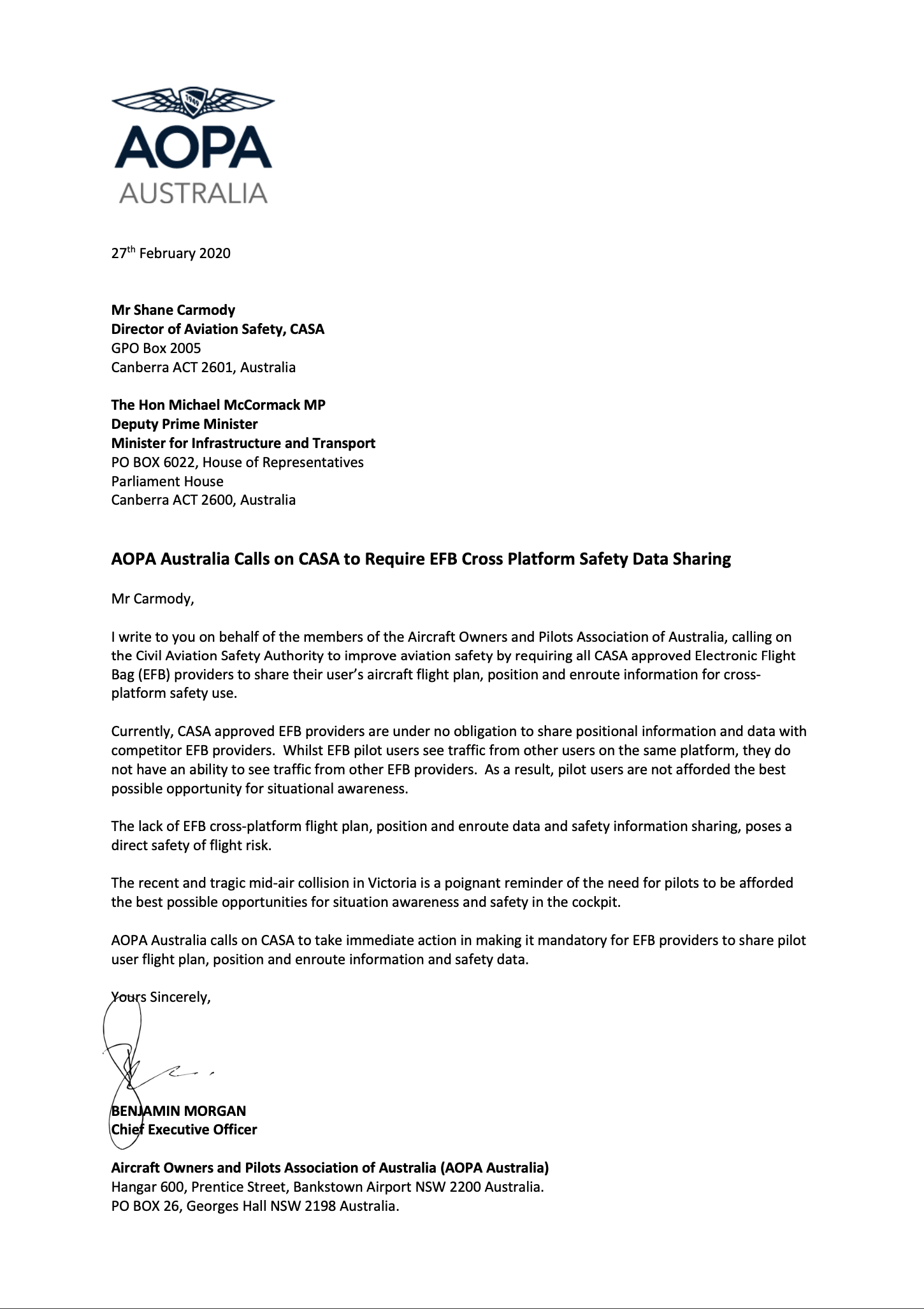 Topic: Letters to the Minister, Airspace and Procedures, Letters to CASA