July 31, 2019 By Benjamin Morgan
Share on FacebookShare on Twitter
AOPA Australia Director Shawn Kelly provides an insight into the strangling of Australian general aviation.
As an experienced seaplane pilot, warbird owner and adventure flight operator in Queensland, I am currently in the process of trying to obtain permits to operate my seaplane on the...

As an experienced seaplane pilot, warbird owner and adventure flight operator in Queensland, I am currently in the process of trying to obtain permits to operate my seaplane on the Pumicestone Passage, located on the Sunshine Coast in Queensland.  What at first appeared to be a relatively simple application process, has evolved into a glaring example of what’s actually killing aviation across Australia.

Currently, I operate from the Maroochy River, which is located in the same Council area as the Pumicestone Passage and is covered by the same office of Maritime Safety Queensland (MSQ).  My thinking was, that since I have safely operated for five years within these jurisdictions without incident, accident or complaint, that it would be relatively easy to obtain permits to operate in an additional area.

The application and rejection process has revealed some interesting insights into the devious Australian bureaucratic mind, and I thought that my experience provides an important lesson that might be helpful in our industry’s larger battle with senseless bureaucracy and over regulation – know thine enemy!

One of the main objections to granting my approval was a concern that the Pumicestone Passage is too crowded, which is an interesting argument, because the waterway is anything but. Take a look at the photo below, which was taken at 13:30 on a Saturday; 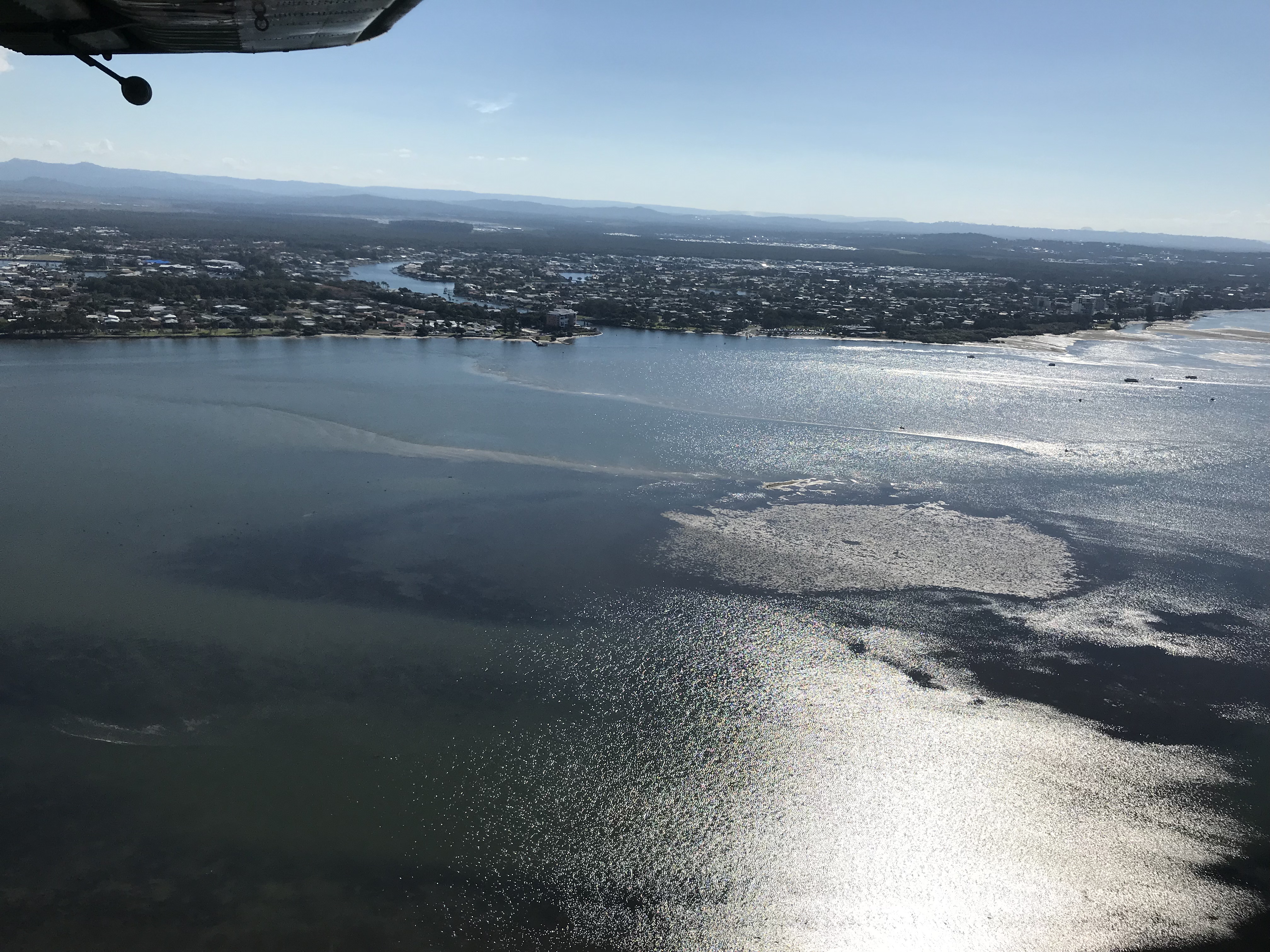 With the above photograph in mind, think about how it would compare to say Rose Bay on Sydney Harbour, where there is a strong mixture of ferries, commercial charter boats, private motor and sail boats, along with yacht racing fleets from the CYCA and RSYS – all intermixing with the operations of Sydney Seaplanes.

However, rather than nit-picking whether or not a waterway was actually crowded, I thought it best to demonstrate that seaplanes can safely operate on crowded waterways and that such activities are not in any manner unusual or abnormal.

So with the above in mind, I provided a video of a seaplane landing on Lake Union in Washington State in the the United States of America.  Take a look at the YouTube video below and compare that to the photograph of the Pumicestone Passage;

In my application I explained that there are over 35,000 seaplane operations per year on Lake Union, which equates to about 100 seaplane movements per day, and that seaplanes have been safely operating there for 85 years without a single accident.  More importantly, pilots in Australia are trained to a high standard and everything we do in aviation is undertaken in direct support of safety.

This is the response I received:

63.  The Applicant submits that there have been no collisions between seaplanes and vessels that have caused serious injuries or death in Australia in the past 60 years, or on Lake Union in Washington, USA for 85 years.

64.  I am not satisfied that safety records on Lake Union have particular relevance to seaplane operation in the northern area of the Pumicestone Passage. In any event, I am not satisfied that the absence of past accidents and incidents on Lake Union, in itself, is conclusive in demonstrating that all congested waterways are appropriate for seaplane operation.

A stunning response – no doubt – as yet again our aviation industry learns that in the minds of our government bureaucrats our air is so different in Australia as compared to the US (or any other country for that matter) that it demands entirely unique and overly restrictive rules to prevent aviators from harming ourselves or anyone else!

More outrageous is the manner in which the bureaucrats argue that in order to prevent potential accidents or safety issues, the acceptable course of action is to simply to prevent the activity from happening!

The response communicates that the bureaucrats first and only priority is to themselves, with their decisions always seeking to cover their backsides against any perceived liability.

The response from Maritime Safety Queensland raises more questions than it provides answers, such as;  who is the assessing officer and do they hold any formal aviation qualifications?  do they have any relevant aviation experience?  what was the methodology that was used to assess the waterway as congested?  what evidence do they have to suggest that the request was unsafe?  Simply, where are the facts?

It’s absurd that decisions are being made devoid of genuine facts and hard data.  Since when are the opinions of bureaucrats an acceptable form of evidence?

Disappointingly, to challenge this determination will now require that I personally fund an application to the Administrative Appeals Tribunal, footing the bill to ultimately educate Maritime Safety Queensland and its staff on aviation safety matters.

Ultimately, this is just one example that reinforces my view that only through immense public media exposure and political pressure will our industry see any relief in the medium to long term.

If left in the hands of bureaucrats our industry is guaranteed to be grounded and put out of existence.

Not a member of AOPA Australia?  Join the association and help give power to our national advocacy agenda, along with receiving our weekly, monthly and quarterly members digital magazines.