January 4, 2016 By Benjamin Morgan
Share on FacebookShare on Twitter
AOPA is moving to get more young people involved in flying. Mark Smith meets our front-line weapon to get youngsters airborne. Michelle O’Hare is a young woman whose dreams of...

AOPA is moving to get more young people involved in flying. Mark Smith meets our front-line weapon to get youngsters airborne.

Michelle O’Hare is a young woman whose dreams of flying started as an eight-year-old when she had her first flight in a light aircraft at Camden. Twenty years later, her spare time is consumed with finding ways of giving other young people their rst experience of being airborne in personal aircraft.

The 28-year-old environmental scientist is AOPA’s first youth ambassador, a role she sees as a perfect t given the activities she’s currently involved in.

“Volunteering with AOPA is a really good opportunity for me because encouraging kids into aviation is something I’ve already been interested in for a long time,” she says.

“I’ve mainly been working through Girl Guides and Scouts, which is really good, but they are only a small proportion of kids who are out there. I think there are a lot of kids who would be interested if only they knew more about it. Being involved with AOPA gives me the ability to reach a lot more of those kids.” 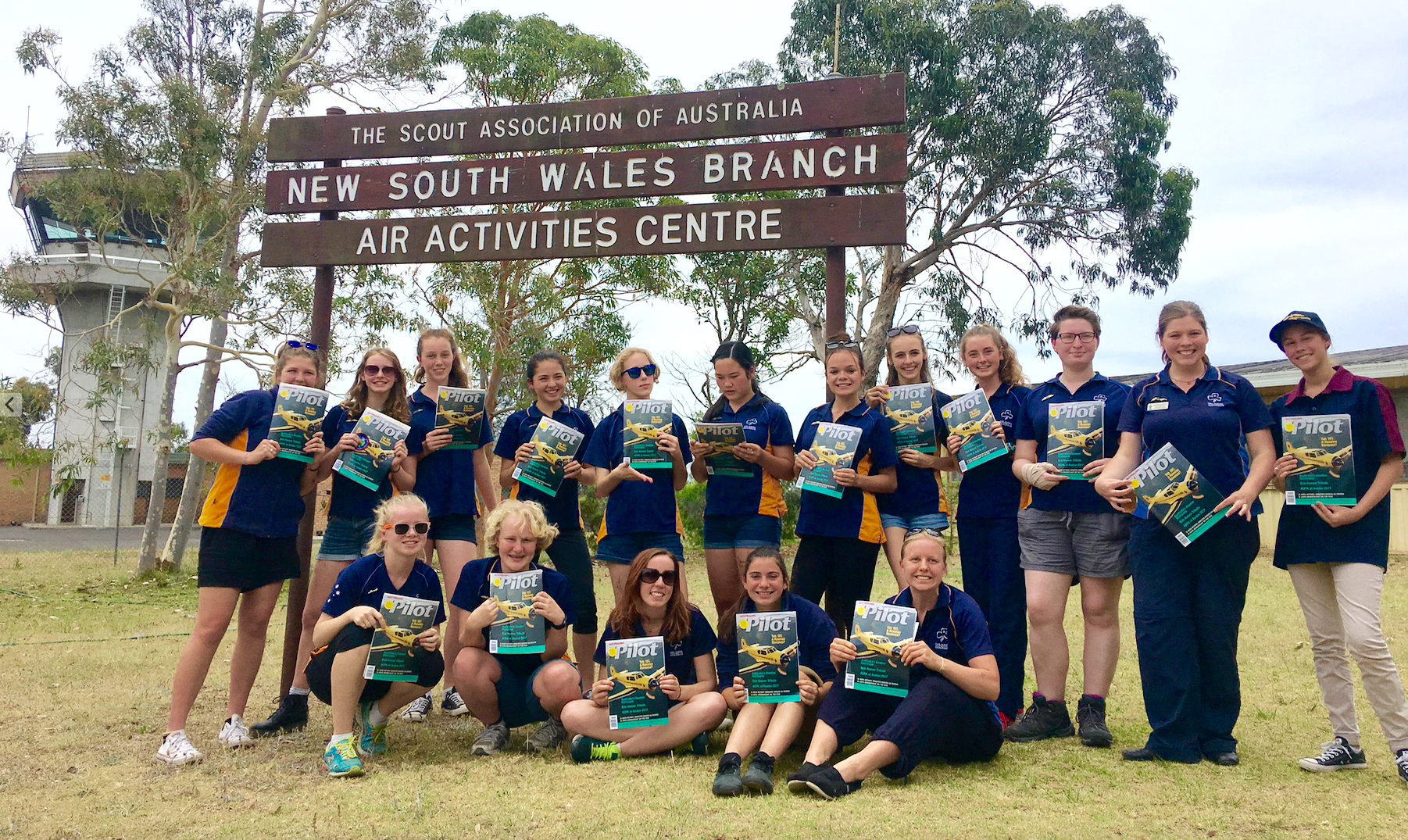 Michelle’s experience in promoting aviation to teens has given her some radical ideas about how to reverse the decline in pilot numbers, literally from the ground up.

“Since you don’t have many young people hanging around airfields or the local aero club you really need to make the e ort to invite young people in and give them a fun set of activities that first time. It has to be really engaging and hands on. I think that once you’ve got them in, you need to continue to connect them with the aero club

involved so that then they’ll think about it and hopefully come back.

“I’m talking about kids as young as 10 because at that age they really haven’t made their minds up about what they want to do, and they still believe that anything is possible. They are one of the groups we need to focus on because really they are only ve or six years away from being able to learn to y, which isn’t that much of a time frame.”

That group isn’t the only one on Michelle’s radar in her quest to increase youth participation in aviation.

“We also need to focus on the 15 and 16 year olds and let them know they can learn to y at that age. I think they are kind of shocked when they learn they can actually y an aeroplane by themselves when they are 15. Since they can’t drive they assume flying a plane must be much harder.”

After Michelle’s introduction to flying at the age of eight, her next ight was a TIF, this time at Bankstown, when she was 16.

“I did my first TIF, and that really cemented my desire to y, but there was no way my parents were ever going to pay for it. That meant that I had to wait until I nished uni and got a job. It was only then I started flying lessons,” she says.

“I started learning when I was 21, at the same place at Camden where I had my first flight all those years ago. I was only going there every few weeks because that was all I could afford but then I eventually started speeding it up in the second year.”

Paying for her lessons proved every bit as challenging for Michelle as it does for most young people who decide they just have to y. But like those who have gone before, she found ways to earn enough to keep her dream alive.

“The first year I started learning I got a summer job doing environmental work as I was finishing uni, plus I was working in before and after school care. After that I had a full time job so I made finishing my licence a priority. At that stage everything I was earning was going into flying.”

Dedication to flying saw Michelle prioritise her spending, to the extent that while her friends were out and about on Saturdays nights, she chose to save her money.

“I found my friends were doing a lot more going out at night, but at that time I’d prefer to spend my money on flying. I’d still go out occasionally but we’d do less expensive things. My commitment was to learning to y and if it’s what you really enjoy doing, you do it.”

Michelle has had her PPL for four years now, and while she says she may do her commercial one day, her goal at the moment is to simply y for the fun of it while accumulating endorsements.

Interestingly she isn’t the first pilot in her family.

“My mum and dad used to y before I was born, but when they had kids they stopped ying so I guess that also helped encourage me. My dad learned to y in Sydney and my mum in Victoria. They are still interested in aviation and come to a lot of my events.

“I’m a member at Bathurst Aero Club where I was awarded Pilot of the Year in 2016. I really enjoy being a member as everyone is very welcoming and they run a great program of interesting activities both in the air and on the ground. My mum also comes along and joins in with the activities.”

Michelle’s work as an environmental scientist and her love of powered flight is seen by some of her friends from uni as a bit of contradiction.

“A lot of my friends from uni, who studied environmental science, were surprised that I y given it’s not the sort of thing you’d normally associate with an environmental person. But they are all very supportive. I’ve taken a few of them flying and they’ve all loved it. Seeing Australia’s unique landscapes from the air has also helped to enhance my understanding of our unique environments.”

Michelle is convinced that getting more young people exposed to aviation is the key to getting them o their screens and into the cockpit.

“I think offering kids the chance to be involved in aviation is one of the best things we can do to promote what we love to do. Kids have so many different things they can do today that, given aviation is something completely different, it’s important they get the opportunity to be introduced to it because in their eyes it is an activity that is out of reach and unachievable. We need to give them the knowledge that it’s far from that.

“Even now when people find out that I fly, they are surprised that an everyday person can just learn to y and then go anywhere they want in an aeroplane just as a hobby. I think if more people knew about flying when they were younger you’d probably get more people involved.”